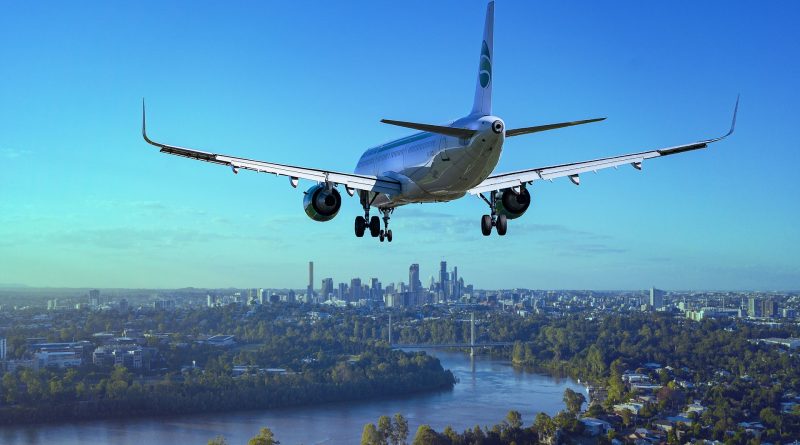 The bill would also direct the Department of Transportation to review any other fees imposed by airlines, as well as ensure that children can sit together with their family members on flights at no additional charge.

Too often, airlines blindside travelers with exorbitant charges at checkout caused by unexpected fees for basic aviation services. This price gouging has grown exponentially as a business practice over the last decade. In 2019 – the last full year before the coronavirus pandemic disrupted air travel – airlines worldwide collected $109.5 billion in ancillary fee revenue, up nearly fivefold from $22.6 billion in 2010. That same year, U.S. domestic airlines collected $5.8 billion in baggage and $2.8 billion in ticket reservation fees alone.

“As we build back better from the pandemic, it’s time to ground rising airline fees that costs air travelers a pretty penny in the skies,” said Senator Markey. “Airlines should not be able to bilk passengers just because they need to check a couple of bags, or charge an extra fee so parents can sit with their kids. It should not cost more to cancel or change an airline reservation than the original cost of the ticket, period. During this holiday season – when so many are seeing their loved ones for the first time since the public health crisis began – we must finally end this price gouging and return fairness to the skies. That’s why I’m so proud to lead this important consumer protection legislation, and I thank my colleagues for their partnership.”

“In a holiday season of giving, airlines are again taking—through sky-high fees that must be grounded. This legislation will end astronomic fees levied by airlines,” said Senator Blumenthal. “Every year, airlines pocket tens of billions of dollars by swindling travelers for simply checking bags, changing a reservation, or just selecting their seats. Urgent action is needed to protect consumer pocketbooks from airline price gouging. I’m proud to join my colleagues in this bicameral effort to prevent travelers from being needlessly nickel-and-dimed.”

“All too often, travelers tell me about unreasonable fees for schedule changes or baggage fees that appear out of line with the likely true cost to the airlines for providing the service. It’s past time that we have an objective assessment of those fees with the expectation that they will be reduced or eliminated. The flying public deserves nothing less,” said Representative Cohen.

“Flying passengers are being price gouged with ever rising baggage and cancellation fees and it’s time we put consumers first. Working class families, especially those from Latino and Black communities, are disproportionately affected, limiting their ability to travel and see their families,” said Representative García. “The flying public deserves better, especially after Congress provided billions of dollars through the Payroll Support Program (PSP) to help airlines and their employees survive the pandemic. The FAIR Fees Act will protect consumers from corporate price gouging and ensure that airlines don’t nickel and dime the American people just to increase their profits.”

A copy of the FAIR Fees Act can be found HERE.

“Consumer Reports applauds Senators Markey and Blumenthal and Congressmen Cohen and Garcia for continuing to fight the good fight against the airlines’ incessant nickel-and-diming of passengers through all these back-end add-on fees,” said William J. McGee, Aviation Adviser for Consumer Reports. “For more than two decades we’ve been highlighting the lack of fare and fee transparency for consumers, while airlines continue rolling out new and higher fees, including charging families for being able to sit with their young children. It’s past time for fairness.”

“Congress bailed out the airline industry with tens of billions of dollars of taxpayers’ money,” said John Breyault, Vice President of Public Policy, Telecommunications, and Fraud for the National Consumers League. “It is time that the airlines’ to pay the flying public back by getting rid of their outrageous fees once and for all. The FAIR Fees Act would do just that, by requiring the airlines to charge fees that are fair and reasonable.”

“Airline ticket cancellation, change and bag fees are out of whack. Consumer Action is pleased to support the reintroduction of the FAIR Fees Act to protect airline travelers from fee gouging,” said Linda Sherry, Director of National Priorities, Consumer Action. “It’s utterly unreasonable that consumers must ante up ridiculously high fees for carry-on bags, for seating parents with their children or when travel plans change. Consumer Action wholeheartedly supports the FAIR Fees Act to make airline fees reasonable and proportional.”

“Add-on airline fees should be transparent and fair,” said Susan Grant, Director of Consumer Protection and Privacy, Consumer Federation of America. “Passengers shouldn’t be gouged when they need to change their plans or can’t fit their baggage into ever-shrinking overhead space.”

“When the Department of Transportation refuses to do its job to protect passengers and effectively colludes on ancillary fee pricing, Congress must step in with laws,” said Charlie Leocha, President of Travelers United. “Unfortunately, Travelers United finds itself in a situation where almost a year after a change in administration, we must go to Congress to get action and to restrain airlines from charging exorbitant, unreasonable fees. We realize that Congress cannot set prices. However, it can and should set rules that will result in understandable and reasonable fees for any aviation services.”

“Airline fees have gotten out of control,” said Jacob van Cleef, Consumer Watchdog Associate with U.S. PIRG. “The fees put unnecessary burdens on the consumers while forgoing common sense. It’s time to protect the consumers with the FAIR Fees Act.” 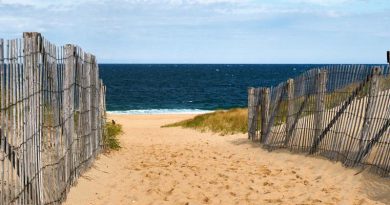 Massachusetts Re-Opens Beaches May 25 With Restrictions