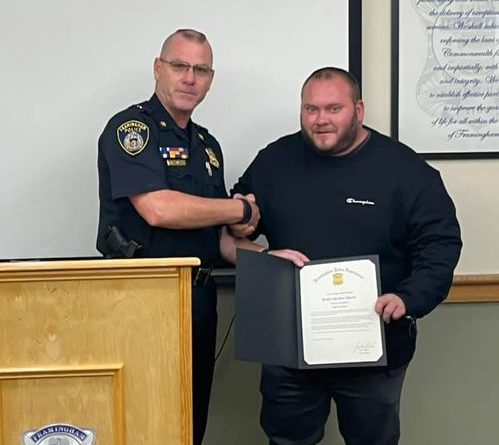 Today, September 27, 2021, he received the Framingham Chief of Police Public Service Award for his actions.

A small ceremony was held at Police headquarters where Framingham Deputy Police Chief Sean Riley gave the award to Hulten.

Friday, February 14, 2020, around 8:30 a.m., while in the drive-thru of the McDonald’s restaurant on Worcester Road in Framingham, Hulten observed an assault in the vehicle behind him, where the the victim appeared to be individual who has special needs, according top police.

Hulten contacted Framingham Police. He told police he witnessed a “suspect physically assaulting the victim as well a exhaling what you believed to be marijuana smoke in their direction. You were also able to provide a detailed description of the suspect and the vehicle they were operating,” said Police.

A police “investigation revealed the identity of the driver and it was learned that they worked for a company responsible for transporting people with special needs to-and-from their destination’s. The suspect was subsequently charged with various assault related offenses, in addition to being terminated by his employer,” said Framingham Police.

“Your willingness to get involved likely prevented further abuse of the victim and potentially countless others,” said Framingham Police. 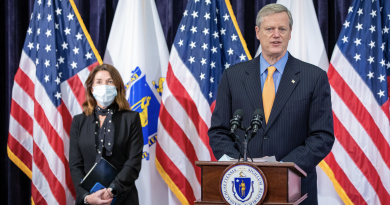