BOSTON – Massachusetts Attorney General Maura Healey this month joined a coalition of state attorneys general and agencies, including the Massachusetts Department of Environmental Protection, in calling on the U.S. Environmental Protection Agency (EPA) to use its authority to adopt strict regulations to curb emissions of hydrofluorocarbons (HFCs) as required by Congress under the American Innovation and Manufacturing (AIM) Act. HFCs are potent greenhouse gases that accelerate climate change and endanger public health.

“HFCs are extremely dangerous for our environment and for the health of our residents—especially those in our most vulnerable communities,” AG Healey said. “We are calling on EPA to do everything in its power to reduce emissions of this potent super pollutant, so we can protect our climate and our residents.”

HFCs are climate “super-pollutants” that are commonly used as substitutes for ozone-depleting substances in millions of consumer products from refrigerators and air conditioning units to cosmetics, spray cans, and household cleaners. They are the fastest growing source of greenhouse gas pollution globally, with hundreds to thousands of times the global-warming potential of carbon dioxide. EPA sought to phase out and regulate HFCs beginning in 2014, but HFC manufacturers and the Trump Administration attempted to all but eliminate federal HFC regulation, increasing HFC emissions and creating significant uncertainty for chemical manufacturers and consumers. On December 27, 2020, however, Congress enacted the AIM Act with bipartisan support, directing EPA to reduce HFC pollution by, among other things, establishing a cap-and-trade program to phase out both production and consumption of 18 HFC substances by 85 percent by 2036, and authorizing petitions to EPA to regulate and reduce HFCs in other ways.

In a petition filed Thursday under the AIM Act, the coalition argues that, in order to address climate change and meet President Biden’s climate goals, it is critical that EPA exercise its authority to regulate HFCs to the fullest extent and take bold action to cut emissions of these harmful super pollutants. Among other things, the petition urges EPA to reinstate common-sense limits on HFCs as substitutes for ozone-depleting substances, to adopt regulations like those that Massachusetts and other states have in place to reduce HFC emissions from certain end uses, and to reinstitute cost-effective HFC leak detection and repair requirements for certain refrigeration equipment.

AG Healey is committed to tackling the climate crisis through solutions that promote environmental justice and protect Massachusetts residents, and to working with other state attorneys general and agencies to ensure that EPA fulfills its responsibilities to adopt strong and just climate protections. To that end, AG Healey has long advocated for strict controls to limit emissions of HFCs and other climate super-pollutants.

Earlier this month, AG Healey also led a coalition of 14 states in submitting comments in support of EPA’s proposal to establish a cap-and-trade program to phase down production and consumption of HFCs, as required by the Act. The coalition urged EPA, in finalizing the cap-and-trade program, to identify and minimize and potential harms to environmental justice communities, including Black and Latinx populations and low-income populations, as well as Native American tribal communities, which are already overburdened by other pollution and other environmental harms and health hazards.

In June 2018, AG Healey joined a coalition of 12 attorneys general and state agencies in filing a lawsuit against the Trump Administration EPA in the U.S. Court of Appeals for the District of Columbia Circuit for rescinding regulations prohibiting the use of HFCs through guidance, rather than a public rulemaking process, as required by federal law. In April 2020, the D.C. Circuit ruled in favor of the coalition and reversed EPA’s unlawful action. In July 2018, AG Healey led a coalition of 18 attorneys general in urging the U.S Supreme Court to review a D.C. Circuit decision holding that EPA can no longer ban all uses of HFCs and other dangerous substitutes for ozone-depleting chemicals. 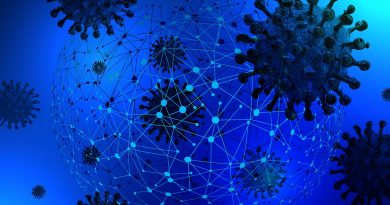 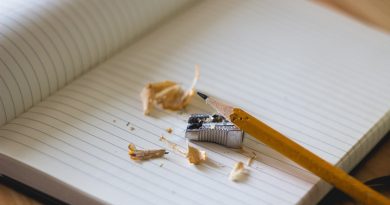