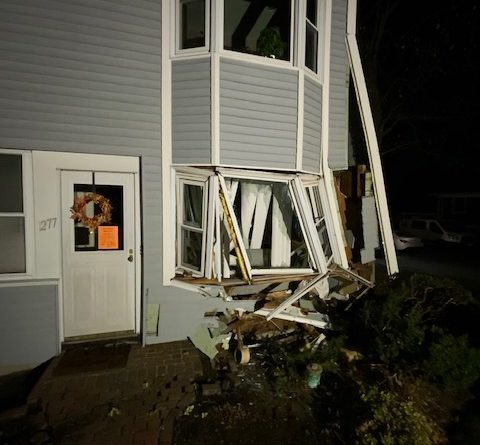 Posted on November 14. Updated at 2:02 p.m. with photos and quotes from Framingham Building Inspector. Last updated at 4:15 p.m. with quote from Fire Deputy.

FRAMINGHAM – For the second weekend in a row, a vehicle crashed through a Framingham home.

Last weekend, a SUV crashed through a home on Pleasant Street.

On Saturday night, November 14, a vehicle crashed through a house on Concord Street, leaving it uninhabitable.

The crash happened just before 9 p.m. according to Framingham Police.

A woman driving a vehicle crashed into 1277 Concord Street on Saturday night, according to a city official.

The driver of the vehicle, a female, 20, was transported to the local hospital, said Framingham Deputy Fire Chief Jose Lopez on Sunday afternoon.

Tusino said the second floor was hanging, when an inspector arrived.

The Building Inspector said an emergency crew was sent out to make sure nothing collapsed.

Tusino said a woman was in the living room when the crash happened but she was not injured.

Tusino said the property is currently not habitable.

No one was arrested at the scene. The crash is under investigation, according to Framingham Police.

SOURCE will update when more facts are confirmed. 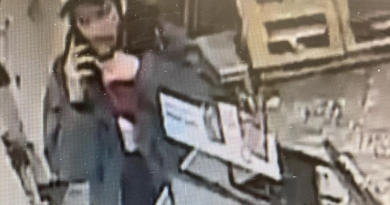 One Person Injured & One Person Cited in Route 9 Crash