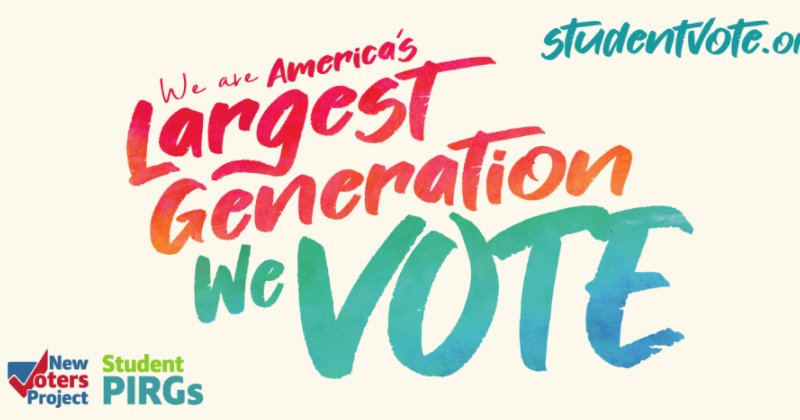 MASSPIRG submitted this press release to the SOURCE

BOSTON – MASSPIRG’s New Voters Project, one of the country’s oldest student-led youth voter mobilization groups, organized a final push to help young voters cast their ballot before Election Day. Volunteers from over a dozen campuses across the state volunteered at a virtual “Party at the Polls” event to call their peers and classmates to make sure they have a plan to vote this election. The massive virtual grassroots effort to register and mobilize students on college campuses this semester culminated in this final surge.

“Mobilizing youth voters is about activating our future. By calling our youth peers, we are reminding them that their voices matter and that we want them included in our political process,” said Perlman.

The Party at the Polls event, which was organized by MASSPIRG Students in coordination with New Voters Project student groups in 16 other states, featured hundreds of volunteers, helping new voters make a plan to vote and navigate any challenges they may encounter when voting for the first time. With election day being tomorrow, many students will have to vote in person. The Student PIRGs published a student guide on how to vote safely in person. Including tips like: dressing for the weather, bringing snacks, and downloading a show to watch on your phone.

“Youth voting is a crucial part of building power, and taking control of our own future,”   said a student leader from UMass Lowell, Annie Soup-Koagne, who is the Event Coordinator for the Association of Students of African Origin, and member of the Black Advisory Council on her campus, “Young people have the opportunity to create a difference in the world we will continue to live in, and making it a solid place for our future generations.”

Despite challenges created by the COVID-19 pandemic, more than 100 student interns and volunteers from college campuses across NJ worked to turn out the youth vote this semester. Activities have shifted from clipboards to Google docs; and from holding signs at in-person rallies to speaking in front of virtual backgrounds on Zoom calls.

UMass System President Marty Meehan addressed the volunteers on Monday saying, “It’s critically important for young people to be engaged. It’s good to mobilize and rally and raise your voice, but it’s even more critical to turnout to vote in elections because that’s where you can start to build power and influence elected officials.”

While on campus efforts looked different, the importance of peer-to-peer work remained impactful. As of Monday evening, MASSPIRG student volunteers had talked to a total of 3,400 students over the phone and sent over 30,000 vote-related text messages within 10 days of Election Day.

“Young people have the opportunity to make our voices heard in our democracy, but only if we vote,” said Brendan Geraghty, UMass Amherst class of ‘21 and MASSPIRG’s New Voters Project Campaign Coordinator, “It is fulfilling to know that someone will vote because of the plan I helped them make. I’m even more encouraged by the thousands of conversations and contacts that we’re making together as a team.”

Recent data shows that in a number of states, early voting rates exceed rates at the same point in 2016. While many factors contribute to this drastic increase in youth voting, the organizing work of student organizers, faculty, and campus organizations should not be overlooked.

“Nationally, I am encouraged to see so many young people voting early and the work MASSPIRG student leaders and our partners in Massachusetts contributed to that effort.” said Manny Rin, New Voters Project Director, “After the election the work continues to make sure the youth voice is heard. Our student leaders will continue working with their campuses to ensure voting is a part of the fabric of their institutions and not just an effort that gets attention every 4 years.”

“Your vote has never been more vital to an election than this one,” said Katherine S. Newman, the UMass System Chancellor of Academic Programs, “No matter what your political persuasion, make sure your voice is heard now so that elected officials pay attention to the issues that matter to you when balloting ends.” 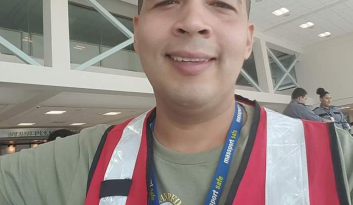 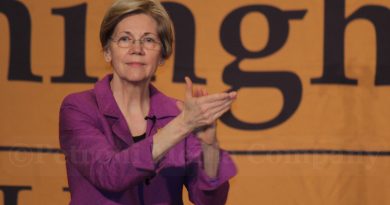