Arguello-Uribe and Moreno were charged with one count each of Trafficking of Persons for Sexual Servitude, Keeping a House of Ill Fame, and Maintaining a House of Prostitution in connection with a brothel that they allegedly helped operate out of a residence on Melrose Street in Framingham.

Arguello-Uribe and Moreno were arraigned on Wednesday in Framingham District Court where they both pleaded not guilty to the charges.

Bail was set at $25,000 cash for Arguello-Uribe and $10,000 cash for Moreno, with the conditions that they surrender their passports and remain in Massachusetts under house arrest.

A pre-trial conference is scheduled for October 30, 2020.

Samuel Artunduaga Herrera, of Queens, New York, was arrested in New York on Wednesday by the New York Police Department.

He will be extradited to Massachusetts to be arraigned at a later date on charges of Trafficking Persons for Sexual Servitude, Deriving Support from Prostitution, Keeping a House of Ill Fame, and Maintaining a House of Prostitution in connection with a brothel that he was allegedly operating out of a residence on Henry Street in Framingham in the spring of 2020 prior to fleeing to New York.

The AG’s Office alleges he also helped to run the Melrose Street brothel.

These arrests are the result of an investigation by Massachusetts State Police assigned to the AG’s Office.

During the course of the investigation, authorities developed evidence indicating that Herrera, Arguello-Uribe and Moreno ran a profitable and organized criminal enterprise through two residential brothels in Framingham where they offered sexual activity between victims and buyers in exchange for a fee.

The investigation remains ongoing. These charges are allegations, and all defendants are presumed innocent until proven guilty.

This case is being prosecuted by Deputy Chief Jennifer Snook of the AG’s Human Trafficking Division, with assistance from Chief of the AG’s Victim Services Division Nikki Antonucci, Financial Investigator Molly Parks and Digital Evidence Analysts James McCoy and Steven Devlin of the AG’s Digital Evidence Lab. The investigation was handled by the Massachusetts State Police assigned to the AG’s Human Trafficking Division, with assistance from Homeland Security Investigations, the Framingham Police Department, the New York Police Department and the Queens District Attorney’s Office.

AG Healey has a dedicated Human Trafficking Division that focuses on policy, prevention and prosecution and includes a team of specialized prosecutors, victim advocates and Massachusetts State Police Troopers who handle high impact, multi-jurisdictional human trafficking investigations and prosecutions across the state. Through the Human Trafficking Division, the AG’s Office has charged more than 60 individuals in connection with human trafficking since the state’s anti-trafficking laws went into effect in 2012. 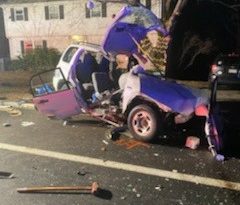 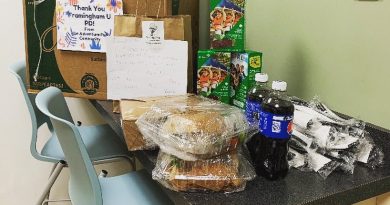 Photo of the Day: Girl Scouts Drop Off Cookies For Framingham State Police 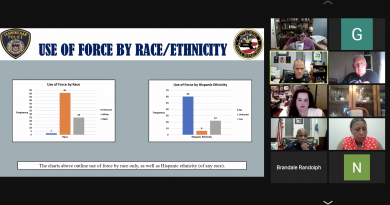 Framingham Police: Use Of Force Cases Higher Among Black Individuals Compared To Population, But Use Of Force Down 36% in First 6 Months 2021