BOSTON – Tuesday, September 1 is a primary election day in the Commonwealth of Massachusetts.

Polls are open 7 a.m. to 8 p.m. in most communities, including Framingham, Ashland, Natick, & Marlborough.

Mail in ballots can be dropped off at the boxes at the Memorial Building in Framingham, City Hall in Marlborough, and Ashland & Natick Town Halls until 8 p.m.

Individuals can still vote like they did in previous elections in person, but masks are required and everyone is asked to maintain a 6-foot social distance.

Today is a primary election, which means you are selecting candidates from political parties to appear on the November ballot.

Most of the races are uncontested.

In Framingham, all three state representatives have no challengers in their Democratic primary. Rep. David Linsky is also unopposed on the Democratic ballot.

The biggest race in the primary is on the Democratic ballot between incumbent Sen. Ed Markey who is being challenged by Congressman Joseph P. Kennedy III for his U.S. Senate seat.

The Democratic winner will face off in November against the winner of the Republican primary. The two Republican U.S. Senate candidates are Shiva Ayyadurai of Belmont and Kevin O’Connor of Dover.

Framingham is expected to see a couple of thousand voters at it 18 precincts today with in-person voting, but the majority of votes today will be cast by mail – close to 10,000 ballots.

Some people also voted early in the election, through the state’ early in-person voting program.

The Massachusetts Secretary of State’s Office said more than 925,000 voters have already cast ballots in the Massachusetts primary via mail or in-person voting. The majority of the ballots, more than 800,000 cats have been Democratic. 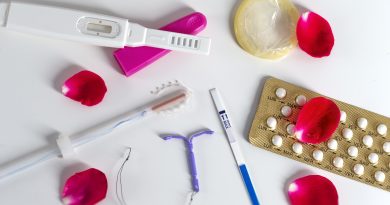 Spicer Campaign Raises More Than $37,000 During Pandemic, More Than All 11 City Councilors Combined