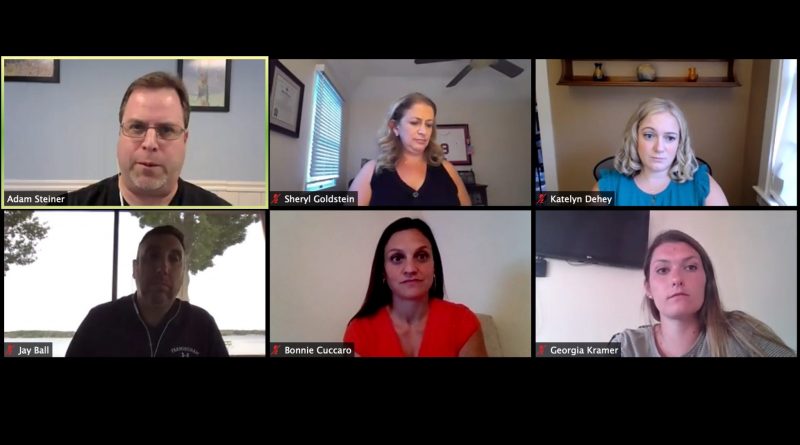 FRAMINGHAM – The Framingham community held a mental health webinar on resources and programs that exist in the MetroWest area on Wednesday.

The webinar, hosted by Sheryl Goldstein and City Councilor Adam Steiner, was broadcast live on Facebook. Goldstein, a District 3 resident and member of the Framingham Disability Commission, came up with the idea of a mental health webinar, while Steiner facilitated the speakers and the Q&A.

Dehey, manager of the Advocates co-response training and technical assistance center, was previously a co-response clinician in Framingham. With her experience, she explained the purpose and three key impacts of the co-response model.

The co-response model “pairs master level clinicians with police officers. Clinicians are embedded in the police department, they ride along to calls for service and help deescalate on scene. They are able to do safety assessments on scene, they are able to divert individuals from unnecessary emergency room transport and also from arrest” she said.

Finally, there is “cross training that comes through the co-response model, both formally and informally,” she added.

“Formally, clinicians will train police officers during in service training” Dehey said. Informally, there is a mutual training experience where clinicians will learn police tactics and police will observe the clinician’s strategy.

Dehey reports that there is “data to show that a year after a clinician is embedded in a program officer attitudes towards individuals with mental illness change in a positive direction.”

Police officers, dispatchers, and others are also taught Mental Health First Aid to teach how to spot signs of mental illness, how to differentiate mental illnesses, and how to help.

Dehey described the class as “an evidence-based curriculum designed to be similar to a medical first aid course.”

In 2003, Dr. Sarah Abbott and Craig Davis created the co-response model in Massachusetts. The program was started with Advocates inc. to train police officers on how to handle mental health crises and people with underlying mental health concerns.

After Framingham started the program in 2003, it was replicated in Marlborough in 2008 and Watertown in 2011.

In 2015, the first regional program was created in Ashland, Sherborn, Holliston, and Hopkinton.

As of 2020, they are in 15 police departments with co-response including Natick, Franklin, Medway, Sudbury, Hudson, Westborough, Southborough, and Northborough.

The clinicians ride along to situations that are associated with mental health, however, Dehey said that “If anyone in the community needs or wants a clinician to respond to a call for service, all you have to do is ask the dispatcher if one of the clinicians is available.”

Bonnie Cuccaro and Georgia Kramer, who attended the Zoom seminar, are the two current co-response clinicians in the city of Framingham.

They discussed the challenges of co-response with the COVID-19 pandemic, such as the necessary face masks, gloves, and social distancing.

Cuccaro acknowledged that “regardless of what’s happening in the world, mental health crises are happening and substance abuse is happening.”

Despite the new challenges, she said  “We’ve really done our best to make sure that we have continued to be there for people.”

Dehey then shared common signs and symptoms of mental health issues to the community, such as any change in behavior: “changing a simple thing, maybe they’re not doing activities they usually like to do.”

This behavioral change can also include “self-isolating or withdrawing from family and friends” she added.

Those suffering from mental health issues may also experience a “change in appetite” or “changes in sleep patterns.”

Dehey continued that “some things to watch out for in a mental health crisis are suicidal ideation or the ideation to hurt others.”

In these situations, “you want to be direct” and ask people if they are having thoughts of suicide.

Some signs of suicide or suicidal thoughts “giving away things of value, important belongings” or “saying goodbye to people, friends or family,” Dehey said.

When talking to loved ones about mental illness, she instructed people to be honest: “being direct is always the best approach.”

Although “conversations are hard regardless of the language you use,” there are some tactics to make the situation less pressured.

First, Dehey explained that “Using “I” statements” makes the conversation an “observation rather than an accusation.”

Changes in body language can also ease the situation, such as “sitting down next to someone rather than across from them.”

Most importantly Dehey said, “you don’t want to make them feel bad or feel guilty,”  and “one of the easiest ways to be non-judgemental with someone having a hard time is to validate what they are feeling;” then get them the help they need.

Resources in the MetroWest Area for those with mental health issues “are out there we just need to make sure that people are aware of what they are,” Steiner said.

For example, the Callahan Center is available for seniors citizens. Wayside Youth and Family specializes in children and young adults.

For veterans in the area, Ball suggested counseling at Edwards Church or the Vietnam Veterans of America.

City of Framingham Mayor Yvonne Spicer concluded the webinar with a message expressing the importance of mental health, especially with the “reality of loss in our community.”

“One of the things that is important is to take a step back and take a deep breath,” said Spicer.

“Over the last several months this has been a tumultuous time for many of us,” Mayor Spicer said, but she believes that events that shed light on mental health are “crucial to our community.”

Sydni Williams is a 2020 summer SOURCE intern. She is a student at St. Mark’s in Southborough. 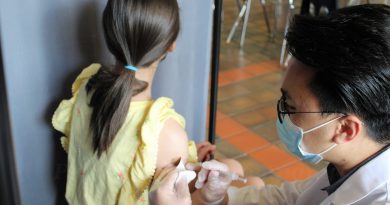