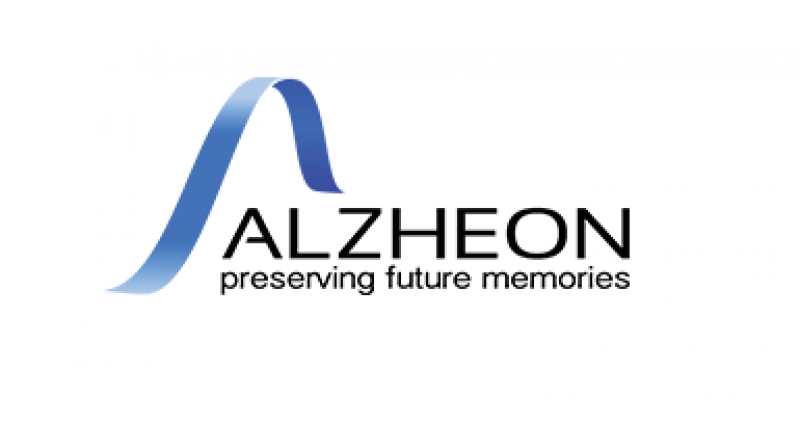 FRAMINGHAM – Alzheon, Inc., a clinical-stage biopharmaceutical company focused on developing new medicines for patients suffering from Alzheimer’s disease (AD) and other neurodegenerative disorders, announced today, August 21, that the U.S. National Institute on Aging (NIA) of the National Institutes of Health has awarded the company a grant expected to total $47 million over 5 years to support a Phase 3 clinical study with ALZ-801 – an oral agent that blocks the formation of neurotoxic soluble amyloid oligomers.

The study will enroll Early AD patients, who have two copies of the apolipoprotein ε4 allele (APOE4/4), as a cutting-edge precision medicine approach to Alzheimer’s disease. AD patients with this genetic profile have been shown to have a higher risk of rapid disease progression and to be responsive to agents targeting pathogenic amyloid oligomers.

“We are grateful to the NIA for their rigorous scientific review and funding support to advance ALZ-801 for Alzheimer’s patients in need of an effective treatment,” said Martin Tolar, MD, PhD, Founder, President and Chief Executive Officer of Alzheon. “Proposals to NIA are highly competitive and this award recognizes the contribution of Alzheon scientists to the targeting of toxic beta amyloid oligomers, which are now established as a key driver of cognitive decline in Alzheimer’s patients. We are proud that Alzheon has stayed the course and, after seven years of pathbreaking efforts, emerged as a frontrunner in the development of the first oral treatment for Alzheimer’s that can slow or stop the progression of the disease.”

The award of this NIA grant is recognition of ALZ-801’s compelling clinical rationale and pioneering Phase 3 trial design in the field of Alzheimer’s treatment: a precision medicine focus on APOE4/4 patients to increase the probability of success, and a therapeutic mechanism selectively targeting neurotoxic soluble amyloid oligomers.1,2 Independent research has shown that APOE4/4 patients have several-fold higher brain levels of toxic beta amyloid oligomers than APOE4 non-carriers, and are expected to benefit from an anti-oligomer agent like ALZ‑801.

In published research, Alzheon scientists demonstrated that ALZ-801 fully blocks the formation of soluble neurotoxic amyloid oligomers in the brain at the target clinical dose, and with a favorable long term safety profile.4,5,7 Furthermore, Alzheon scientists uncovered the mechanism by which ALZ-801 augments the body’s natural defenses to inhibit formation of toxic amyloid oligomers.

“This innovative Phase 3 study is the first to initially focus on symptomatic APOE4/4 patients, and prospectively incorporate important new blood-based biomarkers, in particular phosphorylated tau and neurofilament light chain proteins, as well as volumetric brain imaging, to evaluate drug effects. If these biomarkers correlate with clinical efficacy, this would enable their use as potential surrogate outcomes in Alzheimer’s prevention trials, allowing more efficient trial designs,” said Dr. Anton Porsteinsson, Director of the University of Rochester Alzheimer’s Disease Care, Research and Education Program. “This trial has the potential to rapidly bring ALZ-801 to patients in need and help fulfill a key National Alzheimer’s Plan goal to develop effective treatments by 2025, while simultaneously advancing the science of treating Alzheimer’s disease at its early stages.”

The Phase 3 study is designed to evaluate ALZ-801 in 300 patients with Early AD and the APOE4/4 genotype. Subjects will be randomized to receive 265 mg tablets of ALZ-801 or a matching placebo twice daily for 18 months. The study will evaluate the cognitive endpoint, Alzheimer’s Disease Assessment Scale–cognitive subscale (ADAS-cog), as the primary clinical outcome, and other functional, behavioral, and global clinical endpoints. Biomarker assessments will include plasma and cerebrospinal fluid (CSF) measures of core AD pathologies (amyloid and phosphorylated tau protein) and of neurodegeneration (neurofilament light chain protein, tau protein, and neurogranin), and neuroinflammatory markers. Imaging biomarkers will include measurements of hippocampal volume and cortical thickness. The independent co-chairs of the Steering Committee for the Phase 3 trial are Dr. Anton Porsteinsson and Dr. Marwan Sabbagh, Director of theCleveland Clinic Lou Ruvo Center for Brain Health. Alzheon plans to initiate the Phase 3 trial in 1Q 2021.

“We have designed this study to have a higher probability of success than previous trials in Alzheimer’s patients. We are applying precision medicine by targeting patients who can be readily diagnosed, who develop the disease earlier when they are less likely to have comorbidities, and who are likely to benefit from the treatment,” said Susan Abushakra, MD, Alzheon’s Chief Medical Officer and principal investigator for the NIA grant. “We are integrating advanced fluid biomarkers into the Phase 3 program to increase our understanding of the effects of ALZ-801 treatment on the course of the disease. While initially we will focus on Early Alzheimer’s patients with the APOE4/4 genotype, future expansions will include investigations of ALZ-801 in prevention trials in healthy individuals with high risk for Alzheimer’s, and in APOE4 heterozygotes, who carry one copy of the APOE4 gene.”

The National Institute on Aging (NIA) leads the U.S. federal government effort conducting and supporting research on aging and the health and well-being of older people.

The National Alzheimer’s Plan, originated in 2012, establishes five ambitious goals to both prevent future cases of Alzheimer’s disease and related dementias and to better meet the needs of the millions of American families currently facing this disease.

ALZ-801 is a brain-penetrant oral small molecule prodrug of the active agent, tramiprosate, that has been previously studied in large, multi-national Phase 3 studies in 2,000 patients with Mild to Moderate AD.

Although the studies did not show significant outcomes in the overall AD patient population, a promising efficacy signal was observed in the subgroup of APOE4/4 patients, and the Mild APOE4/4 subgroup showed compelling evidence of long-term clinical efficacy, as demonstrated by stabilization of memory and thinking ability over 18 months.

The Phase 3 studies also showed a dose-dependent preservation of hippocampal volume on brain magnetic resonance imaging (MRI) scans compared with placebo.1 In previous studies with ALZ‑801 or tramiprosate, both agents demonstrated favorable safety and tolerability, with no evidence of brain edema in patients followed with MRI scans.

Unlike antibody-based drugs which have limited access to the brain and are relatively non-specific for toxic amyloid oligomers, ALZ-801 is an oral small molecule with robust brain penetration which achieves brain levels sufficient to fully inhibit the formation of toxic amyloid oligomers, without causing serious side effects such as brain edema and micro-bleeds observed with use of intravenous antibodies.

ALZ-801 is an oral tablet with a favorable safety and tolerability, offering advantages to AD patients and the healthcare system over antibody-based drugs that require burdensome intravenous infusion, amyloid imaging for diagnosis, and special MRI monitoring for brain edema and micro-bleeds.

Framingham-based Alzheon, Inc. is committed to developing innovative medicines by directly addressing the underlying pathology of devastating neurodegenerative disorders. Our lead Alzheimer’s clinical candidate, ALZ-801, is an oral small molecule that fully blocks formation of neurotoxic amyloid oligomers in the brain. ALZ-801 is a new chemical entity prodrug that builds on the safety and efficacy profile of the active compound tramiprosate, which has been evaluated in clinical trials involving over 2,000 Alzheimer’s patients. Our clinical expertise and technology platform are focused on developing drug candidates using a precision medicine approach based on individual genetic and biological information to advance therapies with the greatest impact for patients. 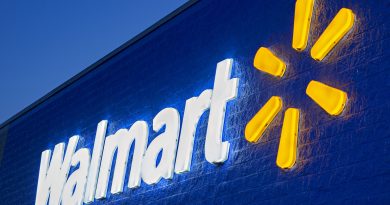