The following is a press release from the Framingham EDIC

FRAMINGHAM – A new report on economic growth and employment trends in the City of Framingham suggests that the City is poised for economic recovery after the COVID-19 pandemic.

Focusing on Massachusetts Executive Office of Labor and Workforce Development data from 2018, the latest annual data available, the study found that Framingham employment has reached more than 49,000 jobs at a record number of establishments within the City.

“The report finds that after the Great Recession in 2009, Framingham saw a 10 percent increase in employment, which indicates that the fundamentals of our economy are solid,” said Doug Lawrence, EDIC’s Board Chair. “It is clear that in the last decade, the City has been able to attract jobs in some of the region’s most important growth industries, including in Life Sciences and medical technology, all of which suggest that we can recover strongly once the pandemic is over if we concentrate on what we know works. Overall, it is encouraging to see the growth in jobs, payroll, wages, and business activity that we experienced in Framingham since 2009.”

“Framingham grew solidly following the 2009 Great Recession,” according to Professors Maureen Dunne and Donald MacRitchie, who authored the study on behalf of MERC. “By 2018 a record 2,570 Framingham establishments, or separate places of work, generated a record payroll of $4 billion and a record average annual wage exceeding $81,000.  Framingham ranked first among Greater MetroWest’s 13 communities with 49,220 jobs, over 50% more jobs than the second highest community, Marlborough.”

According to the Framingham Employment Report:

 In 2018 Framingham’s record 2,570 establishments provided 49,220 jobs, a record total payroll of $4.0 billion and a record average annual wage of $81,400. That average annual wage exceeded that of the rest of the MetroWest region by 4 percent, the Massachusetts average wage by 12 percent, and the U.S. average by 42 percent.

 Total employment in Framingham has climbed by 20 percent in the last 40 years. Additionally, total payroll from establishments located within Framingham climbed seven-fold from $579 million in 1980 to a record $4.0 billion in 2018.

Framingham remains the largest economy in the MetroWest region, in terms of employment, size of payroll, and number of establishments.

The analysis found that in 2018, the City contributed more than one-quarter of employment and payroll in MetroWest and 22 percent of establishments in the area.

MERC also looked at which industries contributed most to Framingham’s economy. The study found:

 The same five sectors produced 87 percent of total payroll in 2018, with Professional and Business Services leading with a payroll of $1.7 billion, 43 percent of Framingham’s total payroll. Among all sectors, Manufacturing offered the highest average annual wage,
$130,300, followed by Professional and Business Services ($113,400) and Information ($100,400).

 Three sectors – Education & Health Services (590 establishments), Professional and Business Services (580), and Trade, Transportation, and Utilities (420) – generated 62 percent of Framingham establishments in 2018. In all, Framingham-located businesses averaged 19 jobs per establishment, and were larger on average than those in the region, state and nation.

Framingham’s EDIC commissioned the analysis prior to the COVID-19 pandemic and the study utilizes the latest available data from Commonwealth’s Executive Office of Labor and Workforce Development. It does not include data from the pandemic as that information is not available yet. 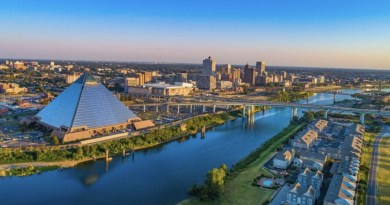