The following is a press release from the Massachusetts Attorney General’s office to SOURCE media.

Under the terms of the first settlement agreement, UHS and its affiliates, UHS of Delaware, Inc, and HRI Clinics, Inc. d/b/a Arbour Counseling Services, will pay $10 million to resolve allegations in two lawsuits regarding false claims to MassHealth for outpatient mental health services between 2009 and 2017 at outpatient mental health centers throughout Massachusetts, including in Allston, Fall River, Franklin, Haverhill, Lawrence, Lowell, Malden, Norwell, Woburn, and Worcester.

The AG’s Office, along with the whistleblowers in this case, specifically alleged that the defendants caused the submission of claims for services provided by unlicensed and non-independently licensed staff who were not properly supervised; for medications prescribed by psychiatric nurses who were also not properly supervised; for services performed by unlicensed, unsupervised, and unqualified psychologists; and for employing clinicians with inadequate educational credentials.

“This company routinely allowed unqualified and unsupervised mental health professionals to provide care to patients and improperly billed MassHealth for it,” said Healey. “This behavior put patients at risk and wasted critically needed health care dollars. With this settlement, millions of dollars will now be returned to our state.”

This case went up to the U.S. Supreme Court, which, in 2016, decided that the “implied certification theory” of liability in False Claims Act cases was viable, meaning that a provider of services can be responsible for submitting false claims to government payors if the claims make specific representations about the services provided or if the defendant’s failure to disclose noncompliance with certain regulations makes the filing of claims “misleading half-truths.” Escobar remains the most recent, influential decision from the Supreme Court on False Claims Act cases.

After the Supreme Court remanded Escobar to the federal court in Massachusetts for further litigation, the whistleblowers brought a separate suit in September 2017 – United States et al. ex rel. Correa et al. v. Universal Health Services, Inc. et al., (Correa) – which contained similar allegations to Escobar. The settlement agreement with the AG’s Office resolves the allegations against UHS in both Escobar and Correa.

As part of the resolution in Escobar and Correa, Arbour Counseling Services will institute a multiyear compliance program, overseen by an independent compliance monitor, at all of its Massachusetts outpatient clinics.

In the second settlement agreement, Massachusetts joined other states and the federal government to settle allegations of fraud against UHS arising from UHS’s inpatient and residential psychiatric and behavioral health facilities.

The total value of the national settlement is $117 million, and Massachusetts will receive nearly $5.5 million as a result. The settlement resolves allegations that, from 2007 through 2018, UHS submitted claims for payment to government healthcare programs for services provided to Medicaid beneficiaries at residential and inpatient treatment facilities who were not eligible for inpatient or residential treatment.

The settlement further resolves allegations that UHS failed to properly discharge beneficiaries when they no longer needed inpatient or residential treatment leading to improper and excessive lengths of stay, failed to provide adequate staffing, training and/or supervision of staff, billed for services not rendered, and engaged in the improper use of physical and chemical restraints.

This second UHS settlement results from 18 whistleblower lawsuits originally filed in federal courts throughout the country. A National Association of Medicaid Fraud Control Units (NAMFCU) team investigated the allegations in conjunction with the U.S. Department of Justice. 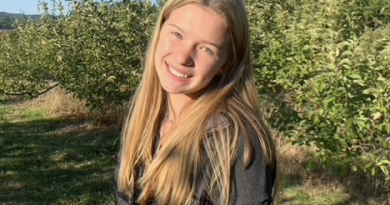 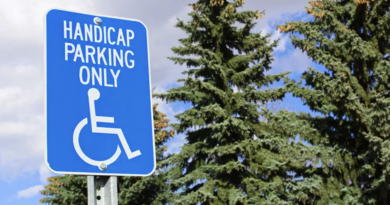