Reports indicate that the public health and economic crises caused by the COVID-19 pandemic have spurred an increase in demand for and sale of these untraceable weapons.

The Untraceable Firearms Act would include ghost guns and their core building blocks – unfinished frames and receivers – and the gun-making kits used to build them in the definition of “firearm” under federal law. In doing so, online gun kit manufacturers and distributors would be required to comply with the same federal regulations that govern the production and distribution of completed firearms.

This includes a requirement that sellers have a manufacturer’s license and put a serial number on the frame or receiver included in each kit, and that purchasers undergo a background check.

The bill also incorporates the Undetectable Firearms Modernization Act, which would prohibit firearms that can be easily modified to be pass through metal detectors undetected.

A one-page summary of the legislation can be found here.

The text of the bill can be found here.

“This pandemic is spurring a deeply disturbing demand in untraceable weapons,” said Blumenthal. “Congress must act urgently to stop these homemade ‘ghost guns’ before they spur the next horrifying wave of gun violence. Currently, anyone with access to the internet can order a gun-making kit or use 3D-printing technology to build their own assault weapon, pistol, or shotgun, circumventing identification, licensing, and background check requirements. These untraceable homemade guns are just as deadly as guns already subject to these same requirements. My legislation would close loopholes and prevent this public safety emergency in the making.”

“This should be a no brainer for Congress,” said Murphy. “These untraceable ‘ghost guns’ can allow criminals and other prohibited purchasers to get their hands on a deadly weapon. All we are asking is for our laws to keep up with changing technology so we can stop the sale of these illegal, untraceable firearms.”

“Untraceable guns built from kits or using 3-D printers have no place on our streets,” said Feinstein. “I’m proud to join with my colleagues to introduce a bill to close the loophole that permits these so-called ‘ghost guns’ to be made. We need to stop the proliferation of these deadly, unregulated weapons in order to save lives.”

“The notion that anyone–including convicted felons, domestic abusers, and other dangerous individuals–can download instructions to manufacture or sell an untraceable gun is chilling,” said Gillibrand. “These ‘ghost guns’ bypass our background check system and make it harder for law enforcement to keep us safe. Congress must catch up with technology and outlaw these dangerous weapons.”

“So-called ghost guns exist to evade detection and background checks,” said Harris. “They should not be on the market – this is common sense. This legislation would help keep our communities safe and ensure that gun sellers are licensed and are performing background checks as required by law.”

“Untraceable ghost guns are being made and getting into the hands of people who can’t pass a background check,” said Hirono. “This bill takes action to stop the epidemic of gun violence and keep our communities safe, especially as sales of ghost guns rise during the coronavirus pandemic.”

“Ghost guns or build-it-yourself firearms pose a serious risk to public safety and an increased risk to our law enforcement officers,” said Markey. “I am proud to co-sponsor the Untraceable Firearms Act, which puts a stop to these deadly weapons. Congress has an obligation to keep these guns out of the hands of domestic abusers, would-be mass shooters, and other criminals in order to protect the public.”

“The spread of untraceable firearms in our country is very concerning and we have to do more to keep these dangerous weapons from our communities,” said Menendez. “Homemade and 3-D printed lethal weaponry, as well as other untraceable firearms, pose a unique risk to the public, therefore, federal law should treat these as the dangerous firearms they are. At a time when the firearm death rate is at an historic high, it is our responsibility to make communities safer and prevent tragedies.”

“Providing easy access to untraceable, unregistered, undetectable 3D-printed guns that are just a click away will be a win for criminals and domestic abusers and a menace to public safety. Instead of allowing new loopholes aimed at circumventing state and federal laws, Congress needs to work together to counter this threat,” said Reed. “This bill is a smart step in the right direction and will subject gun kit manufacturers and distributors to the same rules as other gun producers and distributors.”

“It is alarming that deadly unmarked, unregistered and therefore untraceable firearms are proliferating throughout the country,” said Schumer. “These ghost guns are dangerous because they are impossible to detect or trace and can be easily made by anyone with internet access and bad intentions. It’s time for Congress to pass legislation that closes this loophole to ensure that only law abiding citizens have access to firearms and law enforcement is able to keep track of these weapons to keep our communities safe.”

“Undetectable, untraceable firearms present a significant danger to our society — especially as demand for these ghost guns has skyrocketed during the current crisis,” said Van Hollen. “These firearms help those seeking to do harm game the system. Gun violence has already taken too many from our communities in Maryland, and as long as this loophole is open, it will only take more. We cannot stand idly by while the Trump Administration looks the other way on this growing threat to public safety.”

“Untraceable, unregistered guns have no place on our streets, near or playgrounds, or in our communities. These ghost guns evade regulations designed to keep firearms out of the wrong hands,” said Warren. “Our bill is a commonsense step to ensure that 3-D gun kit manufacturers follow the same rules as other guns manufacturers, and to help keep homemade guns from further fueling the epidemic of gun violence in America.”

“Technology has made it relatively easy for criminals and terrorists to produce untraceable firearms with the click of a button,” said Whitehouse. “We need to put commonsense safeguards in place to prevent the creation of 3D printed guns that circumvent background checks and could evade metal detectors.”

“Thanks to pandemic panic-buying, ghost gun kits are flying off the shelves — and without action from Congress or the ATF, they can be delivered right to the front door of a convicted domestic abuser, gun trafficker, or white supremacist without a background check,” said Nick Suplina, managing director for law and policy at Everytown for Gun Safety. “We applaud Senator Blumenthal for stepping up and introducing this bill that would regulate these untraceable guns before they cause any more deaths.”

“Ghost guns are an existential threat to public safety,” said Peter Ambler, Giffords Executive Director. “These do-it-yourself guns are untraceable, making it easier for people who should not own a firearm to obtain one and more difficult for law enforcement officials to do their jobs. Senator Blumenthal’s Untraceable Firearms Act will reverse this, ensuring that ghost guns are regulated in the same way as traditionally manufactured guns. His common sense legislation will make communities across America safer and is an example of the leadership needed to end gun violence. Hopefully other members of Congress will show the same courage as Senator Blumenthal to pass this important legislation.”

“Untraceable ghost guns are a clear and present danger to all Americans since they are becoming the weapons of choice for criminals and now mass shooters,” said Po Murray, Newtown Action Alliance & Newtown Action Alliance Foundation Chairwoman. “All firearms including assault weapons whether made in a factory or in your basement should have serial numbers to enable law enforcement to their job effectively. Ghost guns circumvent the federal and state gun laws therefore any individual can acquire the DIY kits without background checks. Ghost guns kits are selling out due to COVID19 panic buying therefore Congress must act now to pass Senator Blumenthal’s federal bill to protect all Americans and prevent tragedies.” 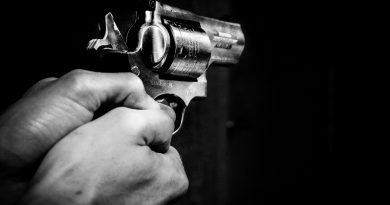 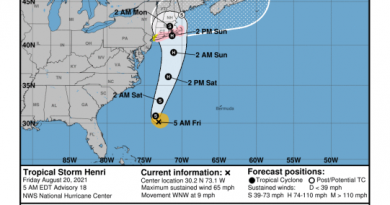