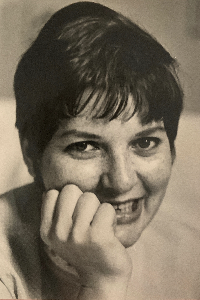 Born in Boston and raised in Boston’s South End, Ellie was the daughter of the late Ellen Carlson (Barrett) of Ballyhooley, Ireland and the late John Carlson of Boston.

Ellie is also survived by her beloved grandchildren, Molly, Emily and Michael Jr. of Westwood; Conor and Olivia of Groton; Shaelyn, Colby and Willow of Wayland; Erin, Ella and Elijah of Uncasville, CT; step grandchildren Shawn Hanlon and wife Aundrea of Oxnard, CA and Matthew Hanlon and wife Christina of Spencer. Also survived by great-grandchildren Jonah and Kellan of Oxnard, CA and Kaiden of Spencer, as well as many nieces and nephews.

Born on Christmas day, 1941, Ellie used the city of Boston as her playground growing up in the South End. On rainy days she would play hide and seek with her friends in the Boston Public Library. She was a doting mother, grandmother and aunt to all, and loved taking care of the “babies.” An ardent supporter and cheerleader of her children in all their sports and activities growing up and also enjoyed being involved with St. Zepherin’s Church Women’s Club. She loved to sew, and made heirloom quality quilts, dresses and everyday clothes for many years that are treasured by her family.

Ellie worked as a keypuncher for many years for (MA RMV, Zayre and TJX), but the job she loved the most was as a cashier at Whole Foods. The combination of getting paid to talk to old friends while ringing up groceries was the perfect job! And could she talk. There were times when she would visit with her beloved sister “Betty” or friend Mary Andosca all day, then after they got home, would talk on the phone for several hours after. It was a gift that she possessed, and we enjoyed.

In her later years, Ellie got to travel to some special places. The most memorable place was meeting her ancestors in Ballyhooley, County Cork, Ireland. One of the most special moments in her life was getting to finally meet her cousins an aunt. She talked fondly of that trip and fell in love with Ireland. Other adventures included going on a cross country car trip with a childhood friend Marie from Boston to LA, (think Thelma and Louise) with a special stop at Graceland. She absolutely loved Elvis and was so overwhelmed to get to see her idols home. And lastly, her trip to Japan with her daughter-in-law Sue was remarkable. While Sue was working, Ellie would take the bus or train, not knowing any Japanese, and take self guided tours. The pictures and experience were so precious to her and our family.

She was beloved and will be dearly missed by all of her family and friends.
Arrangements by John C Bryant Funeral Home were held on Thursday, May 7, 2020 in a private service followed by burial at Lakeview Cemetery in Wayland.

There will be a Memorial Mass and Celebration of Ellie’s Life at a later date once we are able to gather again with family and friends. 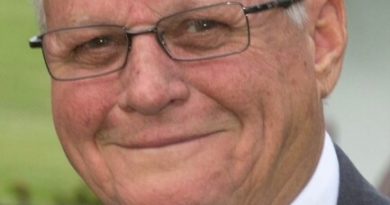 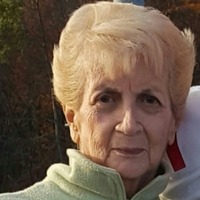