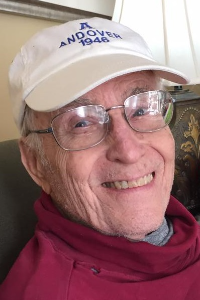 WAYLAND – William Albrecht Currier, 91, died on April 23, 2020 from complications from the COVID-19 virus after a long battle with vascular dementia.

Bill was born in Boston on June 29, 1928. He was the son of the late Dr. Donald E. and Wilhelmina (Albrecht) Currier and the brother of the late Donald E. Currier, Jr. of Falmouth and the late Emily Seaver of Rye Beach, NH.

Bill spent his formative years at the family homestead in Wenham.

He was a proud graduate of Philips Academy Class of 1946 and an even prouder graduate of Harvard College Class of 1950 and the Harvard Business School Class of 1957. Bill liked to brag that he was an undefeated wrestler at both Andover and Harvard.

Bill began his working career with Gillette then Raytheon and became the Executive Vice President of G. K. Hall Publishing in the late 1960’s.

Tiring of large corporations, Bill used his education and entrepreneurial spirit to own and operate 7 small businesses during his career.

In the mid 1980’s Bill worked for the Commonwealth of Massachusetts Department of Economic Affairs assisting Massachusetts small businesses to grow or maintain manufacturing positions throughout the Commonwealth. In 1989, the Middlesex News featured Bill as “Mr. Fixit – He rescues firms in distress”.

For 20 years, Bill was a member of the Board of Directors of the New England Trade Adjustment Assistance Center. The Board was comprised of key leaders from both the private and public sector and provided assistance for New England companies to compete and succeed in the global marketplace.

Bill moved to Wayland in 1977 and quickly became an active member of the Dudley Pond Association. At their Winter Carnivals he provided ice cutting demonstrations. Bill served as a Wayland Road Commissioner. He formed the Wayland Recycling Volunteers and they were instrumental in developing Wayland’s Recycling Program.

From childhood, Bill was an avid shooter and while serving with the Massachusetts National Guard was a member of the State Pistol Team. He placed 2nd in the 1960 National Pistol Championships.

Bill enjoyed sailing, gardening, building and repairing just about anything and playing poker. The poker games that started in Harvard dormitories in the 1940’s continued well into the 1990’s. Bill was a Massachusetts Horticultural Society Master Gardener.

A celebration of Bill’s life will take place at a later date when we are able gather together again.

In lieu of flowers, the family suggests that donations in Bill’s memory may be sent to Massachusetts Horticultural Society, 900 Washington St., Wellesley, MA 02482. 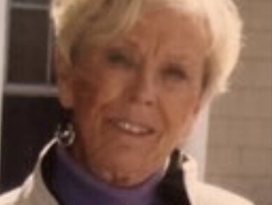