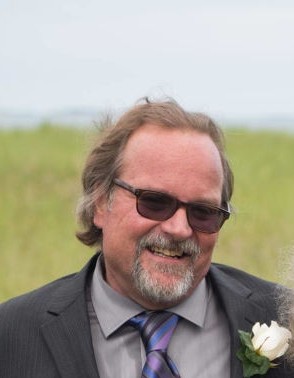 FRAMINGHAM – Alan Charles Crane of Framingham passed away peacefully in his sleep, with his wife by his side, at home on April 13, 2020 at the age of 62.

Born to the late Charles and Jennie (Wadiak) Crane in Red Bank, New Jersey, Alan was the beloved husband of Kelly (Brassard) Crane, loving brother of Karen Crane of Eliot, Maine, Laurette Crane of Warwick, and the late Warren J. Crane.  He was the adored uncle of Julie McWilliams, Oakleigh Durkin, Ashlyn Durkin, and Ivy Durkin, and cherished son-in-law of Steven and Karen Brassard of Fitchburg. He was adored by his wife’s entire extended family, especially his sibling-in-laws Amy and Nick Durkin, Christopher and Emma Brassard, and the late Jason Brassard.

Alan was a member of the Natick High School class of 1975 and graduated from Newbury College.

In 1994, he began a long-distinguished career with Advocates in Framingham as a residential counselor and direct care worker and was an active member of the Bill Taylor Fund Committee, as well as a dedicated member of the Program Committee of the Board of Directors.

He was also a founding member of Advocates Diversity Advisory Council, where he served for over 14 years.

One of his proudest achievements was helping to found the Advocates Music Jam held monthly at The United Church of Christ in Framingham.  Alan always spoke enthusiastically about the Music Jam and was immensely proud to have performed with them at The Massachusetts State House on several occasions.

He was a talented singer, songwriter, and guitar player and performed for over 20 years at the Lowell Celebrates Kerouac Fall Festival.  He will long be remembered by his fellow musicians and rapt audiences.

Alan was passionately involved in his community and was a proud member of Framingham Town Hall for many years.

Not only was Alan a loving husband, son, brother, and uncle, he was a true friend to all. Alan loved people, and compassionately worked towards a better life for everyone.  Our world is a far better place for having known him.

Funeral service and interment will be private due to circumstances beyond our control.

A memorial celebration of Alan’s life will be held at a later date and all who knew him will be welcome to “Come join in the music,” as Al would say.

In lieu of flowers the family asks that donations in memory of Alan be made to Advocates Music Jam, 1881 Worcester Road Framingham, MA, 01701. 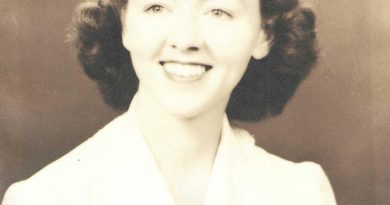 Helen M. McCarthy, 102, One of First Women To Graduate From Bentley College 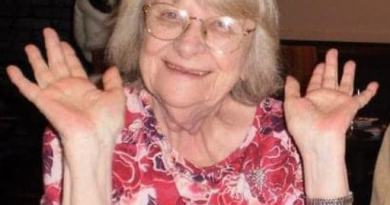