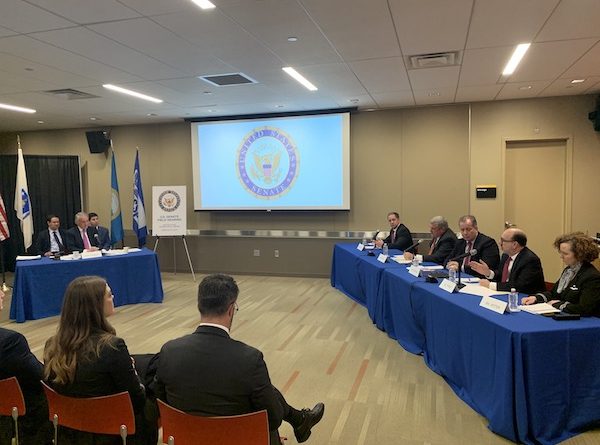 The hearing focused on the Transportation Security Administration’s (TSA) implementation of Senator Markey’s 100 percent scanning and screening mandate for all air cargo transported on passenger aircraft, as well as passenger and baggage screening systems, the danger that drones flying near airports pose to airplanes, and the cybersecurity of the nation’s increasingly computerized aviation system.

When Congress passed the Implementing Recommendations of the 9/11 Commission Act of 2007, Senator Markey overcame industry opposition and secured language that required the TSA establish a system to screen 100 percent of all air cargo transported on passenger aircraft by 2010.

The current challenges for air cargo screening transported on passenger aircraft revolve around how to improve the program at the margins and keep it up to date with advancing security technologies.

“Prior to my law, almost all of the air cargo that we load onto passenger planes was not scanned for liquid, plastic, or conventional explosives,” said Senator Markey. “It was a glaring loophole in our aviation security system just waiting to be exploited, and I am proud to have closed it. But vigilance must be our watchword on aviation security. I will continue to fight to increase the use of scanners in both air cargo and passenger baggage security. We must continually assess the challenges we face in deploying the latest and greatest cargo screening technologies, as well as how TSA’s strained budget may be impacting its ability to oversee air cargo security. ‘Never forget’ is much more than a motto, it is a commitment to action.”

“TSA is grateful for the opportunity to participate in the hearing and highlight the Certified Cargo Screening Program,” said John Beckius, Executive Director, Air Cargo Division, Transportation Security Administration. “In our effort to raise the baseline for all elements of aviation security, this program is an important tool that helps address evolving threats while ensuring air cargo commerce remains both secure and efficient.”

“The safety and security of our passengers and employees is our top priority at Massport and we are committed to address the security challenges of today and preparing for the threats of tomorrow,” said Ed Freni, Director of Aviation, Massport. “I want to thank Senator Markey for his leadership and ongoing commitment to innovation in aviation security. It is an honor for us to host this important hearing and discuss ways to further enhance security at our airports.”

“When Flight Attendants go to work, we do so trusting that every function of security is working up to the aircraft door,” said Sara Nelson, president of the Association of Flight Attendants-CWA, representing 50,000 Flight Attendants at 20 airlines. “We are aviation’s last line of defense. We need the proper tools, training, staffing, and communications to perform our work and thwart any onboard security threats. Senator Markey continues to keep his promise to ‘Never Forget’. He actively keeps that promise as the strongest champion for implementing all 9/11Commission recommendations and assessing evolving threats to mitigate risk.”

“The Airforwarders Association appreciates the opportunity to have been invited to share our views on air cargo security and specifically our perspective on the Certified Cargo Screening Program,” said Brandon Fried, Executive Director of the Airforwarders Association. “The initiative plays a vital role in enlisting the supply chain to successfully solve the screening challenge. The forwarding community looks forward to working with the TSA in improving its internal communications and urges Congress to adequately fund the agency to meet the demands required to keep the aviation secure.”

“Analogic’s focused commitment and years of experience with CT technology has allowed us to bring to market the next generation in 3D X-ray imaging in the form of the ConneCT,” said Chief Technology Officer of Analogic Corporation, Steve Urchuk. “We and our industry partners welcome the opportunity to develop screening solutions that meet the needs of the aviation security community.” 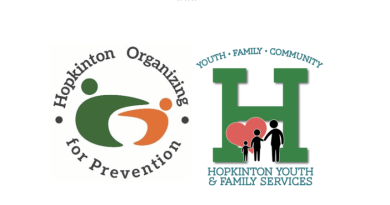 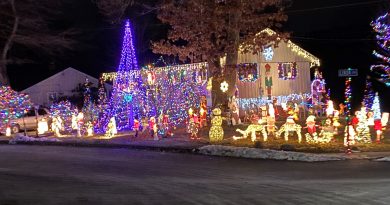