The five bills filed prior to last Friday’s legislative filing deadline align with ongoing work in the Attorney General’s Office as well as the priorities laid out in AG Campbell’s inaugural address.

The bills include proposals to bolster the tools used by the AG’s Office to address abuse and neglect of elderly and disabled patients, strengthen protections for consumers, electric ratepayers, victims of crime and better enforce the state’s common-sense gun laws.

The AG’s Office will also partner with the Legislature on other shared priorities, including pushing for safer, healthier communities free of environmental injustices, tackling wage theft and prioritizing reforms in our criminal and juvenile justice systems. AG Campbell also plans to work with leaders at the state level to address the urgent need for accessible, high-quality mental health resources for our youth and the ongoing need for gun violence prevention measures.

“If these bills become law, they will ensure we have the tools to fully protect our residents and our most vulnerable from abuse while holding bad actors accountable,” said AG Campbell. “Our office will continue to partner with the Legislature to pass laws that allow for greater economic prosperity for our residents while building safer, healthier communities so the next generation can do better than the last.”

AG Campbell has signed on to the following bills:

Summaries of these bills include:

SD968 / HD3662, An Act strengthening the Attorney General’s tools to protect nursing home residents and other patients from abuse and neglect

An Act modernizing protections for consumers in automobile transactions enhances consumer protection laws related to the purchase of used or leased automobiles. A vehicle is one of the largest purchases consumers make and can significantly impact residents’ economic security, as many people need a safe and reliable car to maintain their job, transport children to school, and access health care. Year after year, auto issues are among the most frequent consumer complaints the AG’s Office receives, and this bill aims to directly address the issues raised by consumers. The bill seeks to strengthen the state’s Lemon Aid Law to ensure consumers can obtain a timely inspection of their newly purchased vehicle, increase the maximum mileage for coverage under the Used Vehicle Warranty Law to 200,000 miles, improve a consumer’s ability to file a claim against a car dealer’s surety bond, establish the ability of the AG’s Office to file on behalf of a class of consumers, and add notice and right to cure period requirements prior to repossession for leased vehicles.

SD1829, An Act relative to silencers

An Act relative to silencers will strengthen current state law prohibiting the purchase, possession and use of silencers by amending the definition of “silencer” to mirror the definition in federal law. At a time when law enforcement officials are seeing an increase in the purchase and possession of illegal firearms, including ghost guns, and firearm accessories, this bill will strengthen enforcement capabilities and protect public safety by helping to keep these devices out of the hands of dangerous individuals.

This bill bars competitive electric suppliers from enrolling new individual residential customers in contracts. The bill is part of the Attorney General’s Office’s ongoing efforts to protect Massachusetts residents from the unfair and deceptive practices in the competitive electric supply market for residential customers. Following multiple investigations of the industry by the AG’s Office and the Department of Public Utilities, data analysis show that competitive electric suppliers cost consumers more than $526 million between 2015 and 2021. The AG’s Office has issued  three reports on the impact of the market in Massachusetts, which together with additional analysis found that low-income residents and residents of color are disproportionately affected by the industry.

SD1511 / HD709, An Act to protect the privacy of crime victims; An Act protecting the safety of victims of violent crimes

This legislation would statutorily protect the confidentiality of information contained in a crime victim’s compensation application. The AG’s Victim Compensation & Assistance Division administers the state’s Victim Compensation Fund, which provides financial assistance to eligible victims of violent crimes prosecuted by the state, for crime related expenses including medical and dental care, funeral and burial costs, mental health counseling crime scene clean-up services and security measures. The applications for assistance from the fund routinely contain private information including the victim’s home or work address and telephone numbers, the names and address of the victim’s family members, and the victim’s medical information. 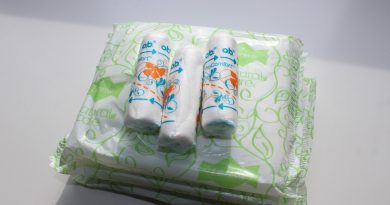