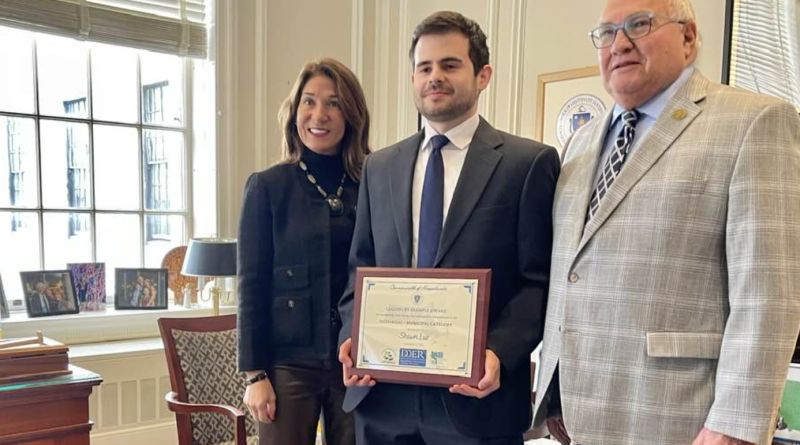 “I am proud of the significant contributions public sector leaders at the state and local level have made to Massachusetts’ ambitious climate and clean energy goals,” said Governor Charlie Baker. “Today, we celebrated the achievements of these individuals and municipal and state entities who are on the ground doing hard work to combat climate change, lower energy use and costs and attain a clean energy future.”

“The leadership demonstrated at the state and local level to advance clean energy and energy efficiency makes our cities and towns healthier and more sustainable places to work and live,” said Lieutenant Governor Karyn Polito. “Our Administration is proud of both the awardees we are celebrating today and the Leading by Example team for their efforts in supporting clean energy and decarbonizing the state, and we are thankful for their accomplishments.”

Among the winners was City of Framingham Sustainability Coordinator Shawn Luz.

“Luz has helped guide Framingham to be a municipal leader in climate action, overseeing a multitude of projects. These include the installation of solar PV systems at two schools and a library, the designation of Framingham as a SolSmart community to help residents install solar PV and heat pumps, securing a climate equity planning grant to ensure underserved communities energy needs and resiliency concerns are being met, and the coordination of the city’s partnership with Eversource’s pilot geothermal district project, intended to decarbonize municipal and residential facilities.”

Sustainability Committee Vice-Chair Aimee Powelka secretly nominated Luz for the award a few months back, said the City in a press release on Thursday afternoon, December 8.

“It was such an honor to have received the Leading by Example Award. While I am proud to have been considered in the company of so many talented individuals and teams working to advance energy sustainability across the Commonwealth, I am even more appreciative of and grateful for our amazing municipal team, our many partners and colleagues across the MetroWest, and Framingham community members who have made so much exciting work possible. Thank you to everyone,” said Luz.

Luz was joined at the ceremony by Mayor Charlie Sisitsky, City Council Vice Chair Janet Leombruno, Chair and Vice Chair of the Sustainability Committee Larry Stoodt and Aimee Powelka, as well as his family.

In addition to being honored with the award, Luz received a special congratulations from Lieutenant Governor Karyn Polito in her executive office.

“I am extremely proud of the work that Shawn has done over the past four years. He is truly one of our many shining stars here in Framingham,” said Mayor Sisitsky. “His efforts not only continue to benefit the City’s residents, but have a global impact.”

The Leading by Example Program is administered by the Massachusetts Department of Energy Resources (DOER) and works collaboratively with state agencies and public colleges and universities to advance clean energy and sustainable practices that reduce the environmental impacts of state government operations. Cities and towns across the Commonwealth receive similar support and grant funding through DOER’s Green Communities Division. The awards were presented at the Massachusetts State House by Energy and Environmental Affairs (EEA) Secretary Beth Card, DOER Commissioner Patrick Woodcock, and Division of Capital Asset Management and Maintenance (DCAMM) Commissioner Carol Gladstone.

“State agencies, municipalities, and public higher education campuses have made significant progress in clean energy and decarbonization, which is due to the efforts of so many dedicated state and local officials across the Commonwealth,” said Massachusetts Energy and Environmental Affairs Secretary Beth Card. “The Leading by Example Program serves as an important network for our state and local officials as they undertake clean energy projects from conception to development to implementation.”

On April 22, 2021, the Baker-Polito Administration signed Executive Order No. 594, Leading by Example: Decarbonizing and Minimizing Environmental Impacts of State Government, which set goals and requirements that will accelerate the decarbonization of fuels used to heat and cool state facilities, help to demonstrate new technologies and strategies necessary to meet the Commonwealth’s energy goals, and quicken the shift to electric heating and vehicles. By leading by example in these and other areas, state government can help guide the Commonwealth toward a cleaner future.

“All-electric HVAC systems, battery storage systems, comprehensive decarbonization studies, and innovative energy management systems are all examples of the innovative and cost-effective projects that today’s awardees completed,” said Department of Energy Resources Commissioner Patrick Woodcock. “These clean energy and energy efficiency projects are reducing greenhouse gas emissions and lowering energy use and costs in our cities and towns and at our universities across Massachusetts. Thank you to the awardees for your hard work, dedication, and passion for leading the Commonwealth towards a clean energy future.”

“I am pleased to recognize the Department of Developmental Services and Cape Cod Community College for their achievements,” said Division of Capital Asset Management and Maintenance Commissioner Carol Gladstone. “Both exemplify how agencies can fully embrace a path to decarbonization as a part of their mission, along with all the other things they do. DCAMM is very proud to partner with them in this work.”

Through the Leading by Example Program, state government has collectively reduced greenhouse gas (GHG) emissions by 40 percent from a 2004 baseline, installed more than 35 megawatts (MW) of solar photovoltaic (PV) on state lands, reduced fuel oil use by more than 89 percent – eliminating more than 22.9 million gallons of fuel use annually, installed more than 300 electric vehicle charging stations, and created and maintained more than 280 acres of pollinator-friendly habitats on state properties.

Since the Baker-Polito Administration took office in 2015, 49 solar projects totaling 26.3 MW of capacity have been installed at state facilities. These installations generate more than 30 million kilowatt-hours annually, enough to power approximately 4,000 homes, and provide GHG reductions equivalent to taking 2,100 cars off the road.

Additionally, there are now 286 communities from the Berkshires to Cape Cod that are designated as Green Communities. These communities, which are home to 87.2 percent of Massachusetts’ population, have each committed to reducing municipal energy consumption by 20 percent over five years. These commitments amount to a collective savings of over 2.6 million MMBtus, energy use equivalent to heating and powering nearly 20,000 homes, and reducing greenhouse gas emissions by more than 230,000 tons, equivalent to taking more than 45,000 cars off the road. More than $160 million in Designation Grants and Competitive Grants have been awarded to Green Communities since 2010 to fund clean energy and energy efficiency projects across municipal buildings, facilities, and schools.

The other award winners were:

“I am proud to represent the City of Beverly and am honored to congratulate it on receiving this prestigious award,” said State Senator Joan B. Lovely (D-Salem). “Leading by example means making the conscious choice to create positive change in the world. For years, Mayor Mike Cahill, the City Council and residents have been doing just that. They continue to work together to reduce emissions and remedy their energy use, while also fostering positive working relationships with surrounding municipalities, including Salem. Beverly and all the cities and towns, organizations and individuals honored here today continue to remind us that to preserve and protect our climate and environment for future generations, we must make real, impactful changes now. Thank you to all the honorees for reminding and inspiring our Commonwealth to achieve a cleaner, greener tomorrow.”

Since taking office, the Baker-Polito Administration has invested more than $12.6 million in grant funding through the Leading by Example program to state agencies and higher education institutions to advance clean energy efforts. Since 2010, DOER has awarded nearly $160 million to Green Communities in Designation Grants and Competitive Grants which help municipalities reduce energy use and costs by implementing clean energy projects and energy efficiency measures. 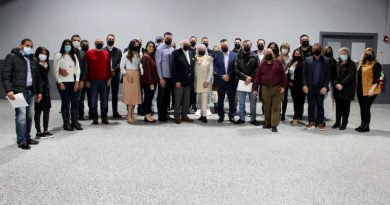 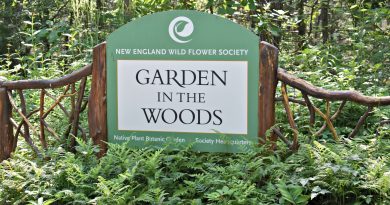