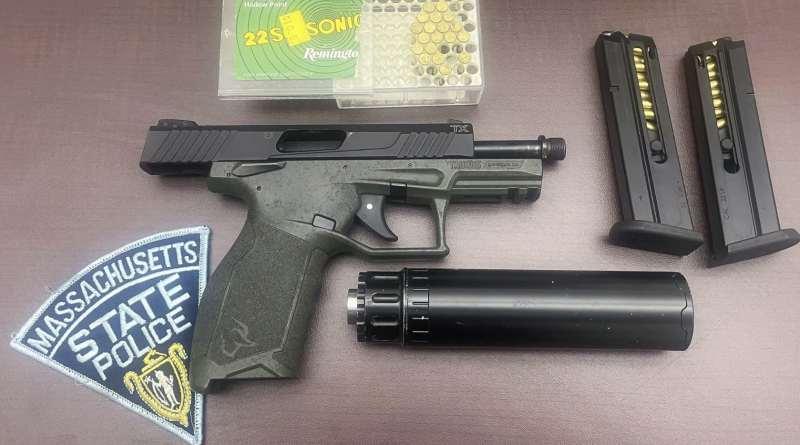 At that time he observed a brown Kia sedan pass his location traveling at a speed of approximately 85 miles per hour.

He entered traffic then caught up to the Kia, activated his cruiser’s blue lights, and stopped it at the 119 mile marker in Natick.

Upon the vehicle coming to a full stop, Trooper Lang approached it and informed the operator why he was being stopped. The operator, eventually identified as Robert Cephas, 30, of Webster, informed the Trooper he did not have a driver’s license on him and provided his information verbally. After returning to his cruiser, Trooper Lang conducted an electronic RMV inquiry multiple ways using the information the vehicle’s operator provided him, but was unable to find a match.

Trooper Lang was eventually able to locate a record showing a suspended driver’s license and multiple felony arrest warrants, then was able to confirm and match the operator’s identity as CEPHAS using the RMV photo. Additional Troopers then arrived on scene to assist.

Cephas was removed from his vehicle and placed under arrest. Prior to the vehicle being towed from the scene, Troopers conducted an inventory of its contents. They located a loaded .22 caliber Taurus pistol, Cephasdoes not possess a license to carry firearms.

Cephas was transported to State Police-Weston for booking. A bail commissioner was contacted and set bail at $150,000.

He was held pending his arraignment at Natick District Court on the following charges:

6.            Operating a Motor Vehicle with a Suspended License, Subsequent Offense; and