FRAMINGHAM – Kasey Kopaz had the only goal in the MIAA tournament game, as Framingham High girls soccer team defeated #20-seeded Andover High 1-0 last night at the Maple Street Field on the campus of Framingham State University.

The girls soccer team, seeded #13, had a late start as the boys lost in penalty kicks after 2 overtimes left the Flyers tied with Leominster High 1-1.

It was her third consecutive shut out for the Flyers, as the team’s starting goalie for most of the season was out with an injury.

The energy was high at the the start of the game. Senior Summer Haarala got off the first couple shots of the game, with senior Sophia Wendt and junior Brooke Zanella adding to the Flyers offensive attack. Junior Ella Terranova also contributed offensively during the game.

At about 20 minutes into the first half, junior Kopaz launched a rocket at the 20-yard line scoring the first, and what turned out to be the only goal of the game.

The two teams were evenly matched on the field. Defense on both teams fought hard to keep the ball out of the net.

Late into the game, Andover pulled their goalie to add to their offense but Framingham’s defense was determined to protect the net.

The Flyers speedy and confident centerbacks Jones & Callahan were there to stop attacks down the middle.

Andover’s drives down the line were quickly stopped by aggressive defending wings Kirkpatrick and Carney.

In the second half, the Flyers won several 50/50 balls in the air, and worked hard to keep the ball down on the ground making passes to their teammates feet.

Andover’s best chance to tie the game came in the final minute of play, off a corner kick, that the Andover crowed thought went into the net, but the ball actually went into the side of the net instead.

The winner will play the Flyers on Thursday, November 10. 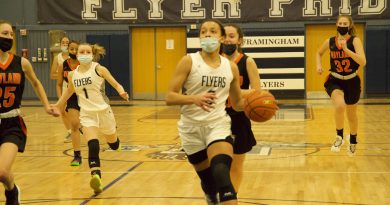 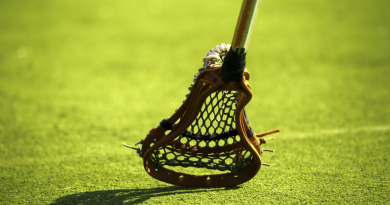