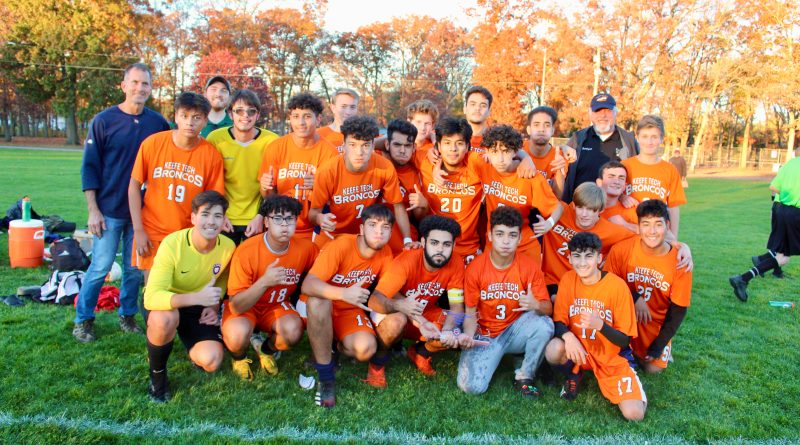 The Broncos shut out Westfield Tech Tigers 5-0, to win the state’s vocational title.

Next up for Keefe Tech is the MIAA playoffs. The Broncos are seeded #9 at 9. Keefe Tech 16-2-1, with yesterday’s win.

Broncos will host a game at Bowditch Field on Monday, November 7 at 3 p.m.

Juniors Gabe Motta and Nicholas Xavier each had two goals in the victory.

“Our defense played well. Fedel (Lima) just played the super game. We were missing one of our key players, due to an ejection last game. he will have to sit out Monday too, but the defense came through,” said the head coach after the victory.

The Broncos earned a shut out behind the strong defense and its goalie junior C.J. Sok.

The head coach Kevin Kramer described his goalie as a “super kid. This is his first year playing for us. he is a natural athlete. He played Unbelievable today.”

The Broncos offense was balanced with three different players scoring.

“Motta and Xavier have figured into our offense all year,” said Coach Kramer. The third player scored his first varsity goal for Keefe Tech.

Westfield Tech junior goalie Logan Gendron made several big saves for the Tigers, who were down just 1-0 at halftime. 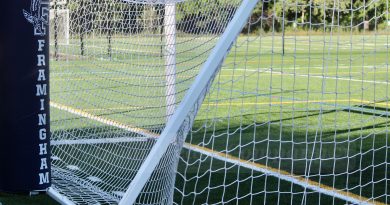 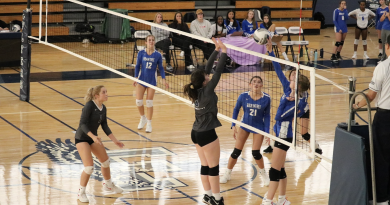 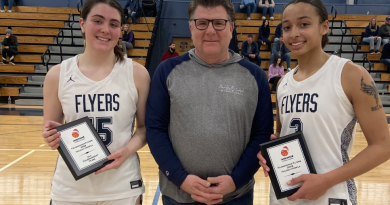