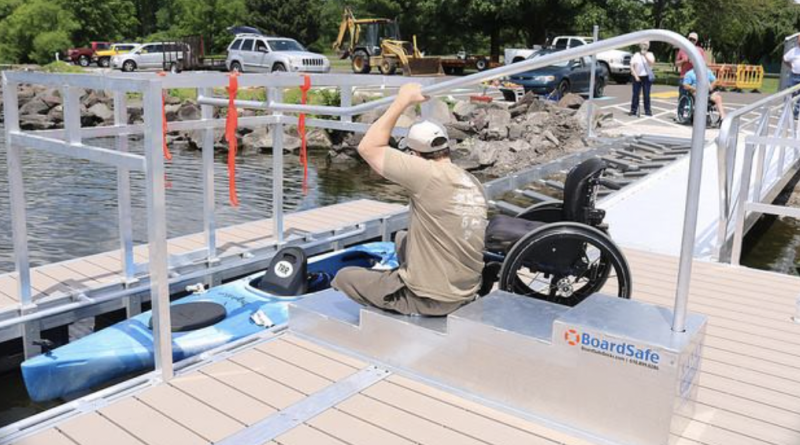 FRAMINGHAM – The chair of the Framingham Disability Commission wants to see a kayak/canoe dock at Lake Waushakum in Framingham that “allows every body to access the lake.”

She filed a preliminary application to the newly-created Framingham Community Preservation Committee in September and it was accepted.

A formal application for funding for the dock is due at the end of October.

“I want every one to have access to the water by canoe or kayak. Everyone should be able to enjoy that spot,” said Framingham Disability Commission Chair Sheryl Goldstein.

Goldstein met with the creator and the owner of the BoardSafe Adaptive Kayak Launch system.

“We are excited to work with Framingham on the installation of an all-inclusive kayak launch and appreciate you publicizing the project,” said Scott Tihansky, founder of BoardSafe.

Tihansky told SOURCE he has met with several City officials including the Parks & Recreation Director.

The estimated cost for an all access kayak and canoe dock at Lake Waushakum, said Goldstein is about $75,000.

Which literally is just a drop in the bucket out of the Community Preservation Act funding, which is estimated to have more than $2 million in its account.

The Community Preservation Act (CPA) is a Massachusetts State Law. Votes in Framingham adopted it on November 3, 2020.

In Framingham, the Act is funded by a 1% surcharge on local property tax, amounting to about $1.6 million. The fund also will receive a 35% match from the Commonwealth.

After a final application for funding is submitted to the Framingham Community Preservation Committee, then that Committee will review all projects and make a recommendation to the 11-member City Council for funding.

“I believe this project will be the catalyst for other communities in Massachusetts to undertake the same type of project, especially those participating in the CPA program,” said Tihansky from BoardSafe.

Goldstein said she considered a couple of location for the all access dock but settled on Lake Waushakum as it was flat, unlike Saxonville beach which is too steep for someone in a wheelchair.

“Learned is a possibility, but down the road. It is very tight on space, and Waushakum is ready to go,” said Goldstein.

The Mayor opened the gates to Lake Waushakum beach earlier this year, and for the first time in more than two decades.

The gates are still open in October.

“It would be great for next October for people to kayak and canoe and enjoy the foliage at Lake Waushakum,” said Goldstein.

“Lake Waushakum is a great beach to pilot the program,” said Goldstein.

The Coburnville-Tripoli Neighborhood Association has been advocating for a new beach house, with handicap-accessible bathrooms at the beach for a few years now. City of Framingham Parks & Recreation has said it is in the “pipeline.”

Goldstein said the Disability Commission supports handicap-accessible bathrooms at the beach, and advocated for portable ones this year, but they were not installed.

The City of Framingham has been making water-quality improvements at the lake this year, under the Sisitsky administration.

“I envision an accessible kayak and canoe program at the beach once the dock is installed,” said Goldstein in an interview on Tuesday. “I’ve already been in touch with Smile Mass and they actually run an accessible boating program.”

Goldstein also wants to have canoes and kayaks available for people to borrow/rent once the dock is installed at Lake Waushakum.

“There is not a lot of opportunities for people with disabilities in the City. This project shows a good faith effort on behalf of the City to be able to bring recreation that’s accessible to all. This dock in particular would actually allow people that are residents in the Waushakum area to be able to access the water. To be able to access and enjoy the beach on a more regular basis,” said Goldstein.

“This dock is the perfect compliment to that new program,” said Goldstein. “It provides water access to every one in the City.”

“This adaptive kayak launch is not only for people with disabilities but young children just starting out in kayaking,” said Tihansky, founder of BoardSafe.

BoardSafe shared a presentation with SOURCE about how the docks work and how they are accessible to all, as well as video of how it could be used by those in a wheelchair.

These are docks across American installed by BoardsSafe 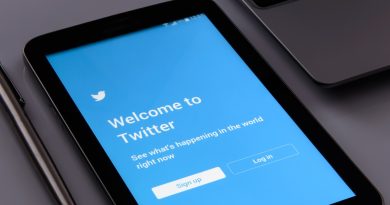 Tips for Voters to Reduce Spread of COVID-19

How Does Framingham Determine Someone Has Recovered From COVID-19?