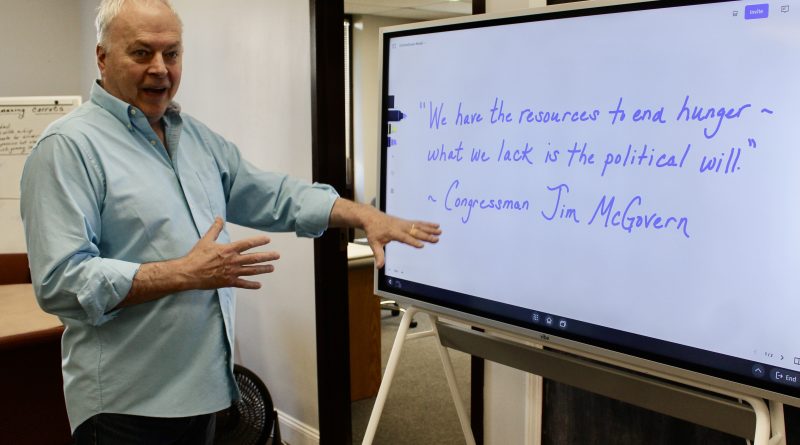 FRAMINGHAM – David Blais is bothered by the fact that in the last 10 years he has not been able to complete the task he set out to do, when coming to Framingham.

“Some organizations are territorial. It is more about them, and not about helping people. It is time to move them and any other obstacles out of the way. It really bothers me that I have been at this for 10 years and we haven’t been able to complete the task that we originally set out to do – solve hunger in the City of Framingham,” said Blais.

Energized by a trip to the White House at the end of September, Blais believes there is help from Washington DC to complete the mission.

About 300 individuals and organizations were invited to the White House for a Conference on Hunger, Nutrition and Health with the goal of combating food insecurity and diet-related diseases.

Blais was invited through Congressman James McGovern, who believes an app created by Daniel’s Table, may be the way to get food to those who need it more efficiently.

But eliminating food insecurity is personal for Blais.

“I grew up with food in securities when I was 8 years old. My family blew apart. My dad left. My mom became an alcoholic and married alcoholic. My brother became a heroin addict. My dog was put to sleep. When I was 10 years old, I had to be removed from my home because I was having nervous breakdown. I was, was removed for a month. The day I get back, there’s a truck from Sears & Roebucks repossessing all the furniture in my house. So we were left with two lawn chairs and the TV my mom won in a, contest or something,” said Blais to SOURCE. “We probably lived with four years of food insecurity during that time. I still carry it with me.”

Blais said over the last decade, he and his organization have made progress on food insecurity on an individual-by-individual basis, but the goal still remains to eliminate hunger in the City of Framingham.

Daniel’s Table installed freezers in some of the Framingham Public Schools ,with ready to cook meals for students and their families who are hungry a night.

But that was not enough.

So they created Healthy Communities, in which individuals and families can get fresh, high-quality fruits & vegetables, and groceries for nutritional meals.

Through a series of questions, the app on a phone helps determines how many days of food a individual needs from Healthy Communities each month.

Then the app determines how much protein, dairy, grains, fruits & vegetables, the individual can pick up each week at the Pearl Street location in downtown Framingham.

As of this summer, the app connects about 3,000 people to Health Communities and other food providers, Blais told McGovern and local City officials when they toured the facility in downtown Framingham in late June.

Blais said there is enough food available to end hunger, but sometimes the same people are collecting food from multiple organizations, and those who really need the food may not even know about what is available to them.

The White House agrees and has made eliminating hunger a priority across America.

The White House has set a goal of eliminating hunger by 2030.

Blais wants it done even quicker.

“Eliminating hunger has become a national priority. There’s a recognition that, we’re heading down a path that’s gonna be hard to turn around health-wise. We have an opportunity in Framingham with what we’re doing at Daniel’s Table to be able to really focus all of our efforts, to eliminate the challenges and actually fix the problem,” said Blais. “Going down to Washington was a catalyst for us to really get excited. Okay, now is our opportunity. We’ve been at this for 10 years. We’ve known what the problems are for 10 years. We’ve talked about this until we’re blue in the face, and yet there are children, families, and individuals still hungry every day in Framingham. This can be solved.”

SOURCE asked how can the federal government and Congressman McGovern held Daniel’s Table and their goal.

“Obviously having the problem a priority at the national level, is a good start. Having the national conversation, is important.But I’m a person that likes to get things done. Going to Washington, I really got excited. I saw that there are like-minded people there that already to take action. And so for us, my thought is let’s take this strategy we.have created at Daniel’s table – a winning strategy – and replicate it on a national level. let’s bring what we are doing here to the national stage. And let’s see what we can do with it,” said Blais.

“Organizations are going to have to make a choice to either get involved, and become very collaborative way or become obsolete,” said Blais. “That’s truly going to be their choices. And it’s not just me saying that to them, but I think on a national level they will be hearing this. There is too much food available for people to still be hungry every day.”

The program is for those who struggle day-after-day with hunger, and week-after-week, as they try to survive on a small paycheck. But the program is also for someone who just lost a job, and is struggling until they find their next job. The program is for a family who has a loved one going through cancer or a major medical recovery, he explained.

Blais said the pandemic changed the face of food insecurity.

Before the pandemic, Blais said most of those struggling with food insecurity were in certain parts of the City, but not anymore.

Blais said a woman in an expensive car, dressed in designer clothes showed up to pick up her groceries. She told those with Daniel’s Table and Healthy Communities, I know I don’t look like I need help. But she explained that she had lost her job and was still struggling to find a job, pay her bills, and get groceries. She told them the car and the clothes were what was left of her old life.

“Sometimes it’s hard not to judge, but we are constantly reminding ourselves that we have to stop and remember that anyone’s life can change in an instance – losing a job, an illness, a death in the family. If someone says they’re in need, then they’re in need. And, we have them get the app, and we help them,” said Blais.

Once they join the app, and answer a series of questions, the app determines their needs.

“Then, they can come Wednesday nights and they shop in our open market. They can take home proteins, and fresh fruits & vegetables,” said Blais. “And if someone can not get here to shop, we deliver the groceries to them, with our volunteers.”

“Providing food security is giving someone the insurance that a meal is going to be there. And that is a whole different program than just ending hunger,” said Blais. “We have been treating for the past 40 years, hunger as an emergency. It’s not an emergency, it’s a chronic condition. We need to change the way to look at hunger and treat it differently than we have.”

“A doctor does not just treat a symptom, but the condition, the disease, and the whole person. We need to treat hunger the same way,” said Blais. “We have to do the same thing with food. Look at a family, what are their specific needs and treat them, you know, and hopefully over time they get better. Because you know, everything, at its core, it comes down to what you’re putting into your body, how active you are, how willing you wanna learn, all of those types of things. The better you’re eating, the more energy you’re going to have. All of those things come into play. If we treated the chronic condition, they’ll have a better opportunity, their kids will have better opportunities and skills. So that’s really where we start.”

But post-pandemic, there has been an increase in those struggling, due to inflation and other factors.

The Biden administration said it has funding to help, and announced $8 billion via public and private programs at the Conference to address the issue nationally.

“In America, no child, no child should go to bed hungry,” Biden told attendees at the September 28 conference. 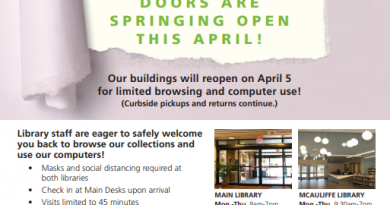 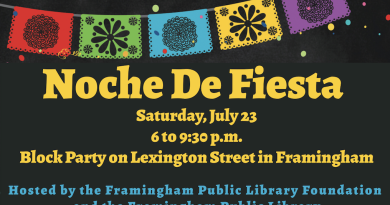 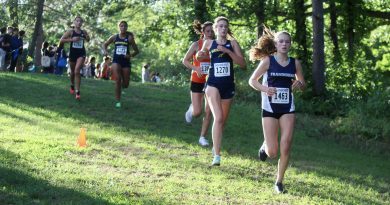 5 Things You Need To Know Today in Framingham: Wednesday, October 19, 2022