WASHINGTON DC – Senator Edward J. Markey (D-Mass.) joined five of his colleagues led by Senator Elizabeth Warren (D-Mass.) in sending a letter to Heartbeat International, an anti-abortion organization that supports thousands of crisis pregnancy centers (CPCs) across the country, calling on the organization to answer a series of questions about its collection and use  of women’s personal data, including sensitive health care information.

“Heartbeat International – which is explicitly opposed to abortion rights – appears to be in a position to collect a significant amount of personal information from women about their pregnancies and potential plans for managing their care, but it is not under any legal obligation to maintain the confidentiality of this information, or keep it out of the hands of abortion bounty hunters,” wrote the lawmakers.

Heartbeat International’s vision “is to make abortion unwanted today and unthinkable for future generations.” To accomplish that goal, the organization has invested in a data collection system to keep track of personal information, including individuals’ names, addresses, phone numbers, and reproductive health information. CPCs and similar organizations are not legitimate medical facilities and therefore are not subject to the Health Insurance Portability and Accountability Act (HIPAA), raising significant privacy concerns.

“We fear that, in the wake of the Supreme Court’s Dobbs v. Jackson Women’s Health Organization decision that stripped women of their right to an abortion, this information may be used to put women’s health and freedom to choose in jeopardy, and to put them and their health care providers at risk of criminal penalties,” wrote the lawmakers.

Following the Supreme Court’s decision to overturn Roe v. Wade and Senator Graham’s (R-S.C.) introduction of a national abortion ban, the lawmakers expressed concern about the sensitive health information Heartbeat International and its affiliate CPCs collect from women who believe they can seek legitimate abortion and reproductive health care services at these facilities. They are calling on Heartbeat International to answer a number of questions about the data and information they collect by October 3, 2022. 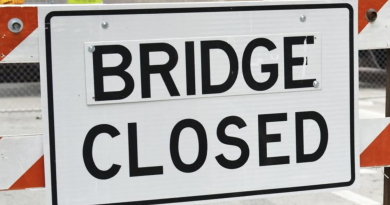