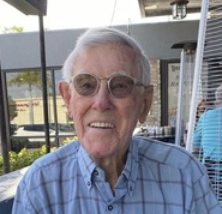 FRAMINGHAM – William Barrows, 89, of Naples Florida, and Sturbridge and formerly of Framingham and Lauderdale By The Sea in Florida, passed away peacefully at Harrington Hospital in Southbridge
following complications from a chronic illness on Thursday, September 1, 2022.

He was pre-deceased by his wife Margaret Dolina (MacDonald) Barrows and his son in law
Randy Dewar. William and Margaret shared a spiritual and love filled marriage of 35 years
before her death in 1990.

William is survived by his children, William Barrows and his wife Patti of Naples, FL, Stephen
Barrows and his wife Robin of Punta Gorda, FL, Peter Barrows of Uxbridge, Susan Dewar
of Bellingham, and Thomas Barrows and his wife Terri of MilfordA. He leaves behind his
15 grandchildren and 2 great granddaughters as well as his longtime companion of 20 years
Patricia A. Jones of Sturbridge.

William was pre-deceased by his parents Thomas Barrows and Margaret (Lawless) Barrows of
Waltham.

A graduate of Waltham Trade School, William was a printer at Waltham Bag Company prior to
joining the US Army in 1953 during the Korean Conflict.

After his discharge in 1955 he began a 32-year employment in the Security Department of General Motors Assembly plant in Framingham, attaining the rank of Lieutenant.

Upon his retirement in 1987 he worked 20 summers at the New Hampshire Park Patrol on
Hampton Beach, where he owned a cottage.

Bill’s interests included dancing with the Fairs n’ Squares of Framingham with his beloved wife
Leanie. Bill was a longtime communicant of St Bridget Church of Framingham .

He was a member of both the American Legion and the Elks, attaining a 52 year membership with the
Elks.

Bill was an active runner enjoying many 5K road races and looked forward to the Falmouth Road Race each year. Bill enjoyed his summers at Hampton Beach with family and
friends, especially the annual family Clambake at Gookin Court.

He was often found holding
court at the Old Salt Restaurant. Bill was a passionate New England Patriots fan. He looked
forward to completing his daily crossword puzzle and his afternoon cocktail. 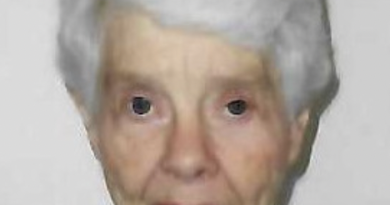