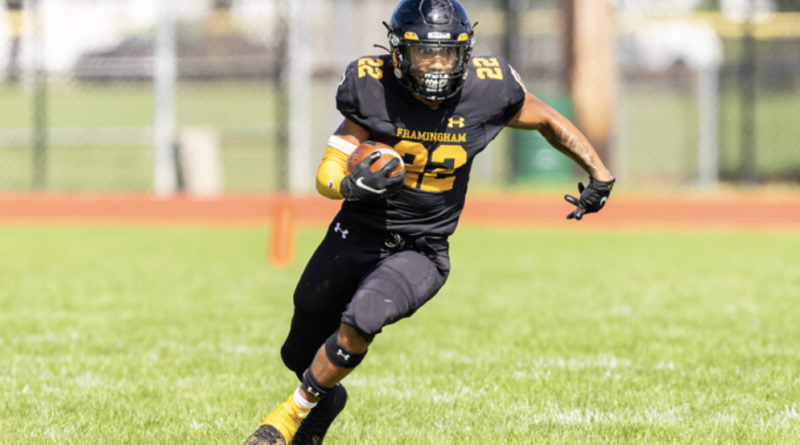 FRAMINGHAM – The Framingham State football team has been tabbed to win the 2022 MASCAC Championship as voted upon by the coaches around the league in the 2022 preseason poll.

The Rams earned five first place votes for 61 points to sit on top of this year’s poll. The 2021 Rams finished a perfect 8-0 in conference play to take home the MASCAC Regular Season title for the third consecutive season.

Key returners for the Rams starts with 2021 MASCAC Offensive Player of the Year Devaun Ford who collected 10 touchdowns on the ground and four in the air while amassing 1,200 yards, 805 rushing and 395 receiving. His total rushing yards, yards per game and touchdowns were the third-best in the MASCAC last season.

Joining Ford is 2021 MASCAC Defensive Rookie of the Year Dylan DeWolfe who collected 52 total tackles, including 35 solo, a sack and 10 tackles for a loss of 32 yards. Returning under center for the Rams is 2021 All-MASCAC quarterback Nick Goffredo. The Rams signal caller led the MASCAC with a 57.5% completion percentage throwing for 1,894 yards and 13 touchdowns in his first season for the Rams.

Sitting in third is Bridgewater State with 50 points followed by WestConn is in the fourth spot with 40 points. Landing in fifth is Massachusetts Maritime with 35 points while Plymouth State comes in sixth with 34 points. Coming up in seventh is Worcester State with 22 points and closing out the 2022 poll in eighth and ninth are Westfield State and Fitchburg State with 15 and eight points, respectively.

The Rams return to the field on Saturday, September 3, when they travel to the College at Brockport at noon. 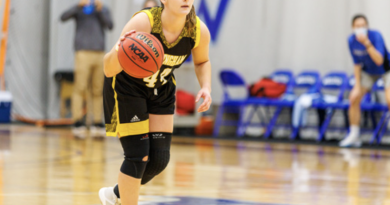 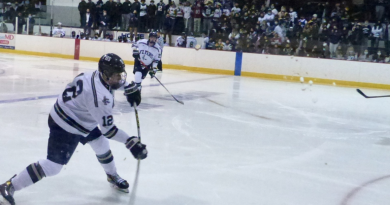 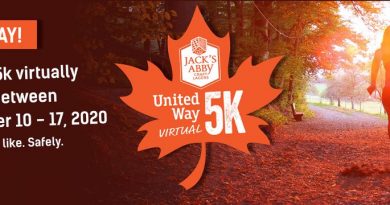