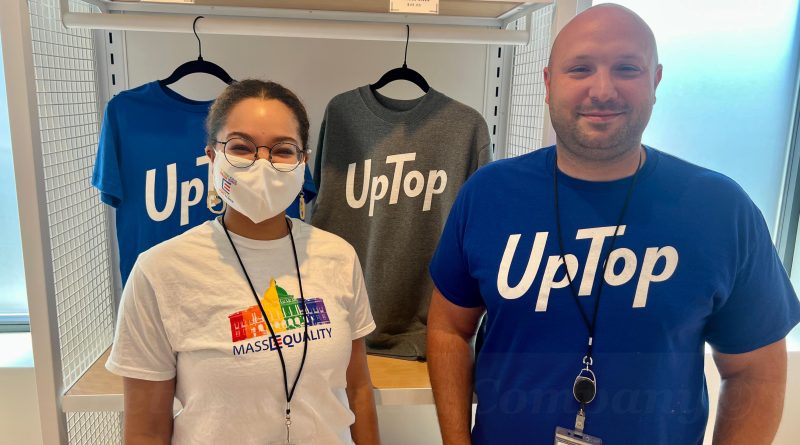 UpTop opened at 315 Worcester Road on May 7, 2022. The cannabis dispensary is located in the plaza with Sewfisticated Fabrics, just before Route 126 on Route 9 West.

“We are registering voters today,” said Mass Equality Community organizer Zoe Armstrong. “We are trying to increase the turnout for the primary election on Tuesday, September 6.”

MassEquality is the leading statewide grassroots advocacy organization working to ensure that everyone across Massachusetts can thrive from cradle to grave without discrimination and oppression based on sexual orientation, gender identity, or gender expression. The organization’s offices are in Worcester, having recently moved out of Boston.

“We are non partisan and our goal is to get out the vote as much as possible,” said Armstrong. “Especially with a medical dispensary, you get all ages coming in here. But we are certainly looking to target young people, who might be otherwise disengaged. And we are looking to attract attention as it is a mid-term election, primary election, and some people don’t always pay attention to that.”

“We have always been a state-wide organization,” said Armstrong who said the move to Worcester allows the organization to do more community-focused work in the MetroWest, Central Mass, and Great Worcester area.

Mass Equality has a political action committee (PAC) which is making endorsements for the September 6 primary election.

The Mass Equality PAC endorses Attorney General Maura Healey for Governor. She is a Democrat.

To check and see if you are registered, click here.

UpTop is a medical cannabis dispensary only at this time.

It has applied to be a retailer as well, but is awaiting approval from the Massachusetts Cannabis Control Commission.

The dispensary has flowers, but also edibles like chocolate, gummies, and even seltzer.

“Mass Equality shares values with us,” said Matt Taber on why the partnership on Friday.

Taber is head of retail for Beacon Compassion, which operates UpTop.

“This is the first UpTop in the state, and we are growing,” said Matt Taber, who said they plan to opened a dispensary in Roxbury and also in the City of New Bedford.

“We pride ourselves on being a part of the community,” said Taber. “A large part of our staff lives here in Framingham, and 75% of our staff is from Massachusetts.”

“We want to make sure everybody who shops here feels welcome,” said Taber, who said no appointments are needed. Customers can just walk in. Taber said they offer consultation services for the first-time cannabis users.

“We know there is a lot of competition here. A lot of dispensaries, but we feel with our service, and our mission as a company, that we will be successful and we plan to do a lot for the community,” said Taber. 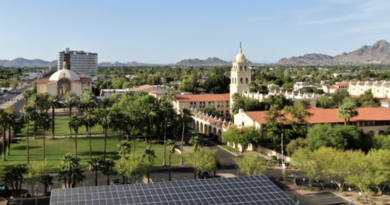 1,500+ Without Power in Framingham After Thunderstorm 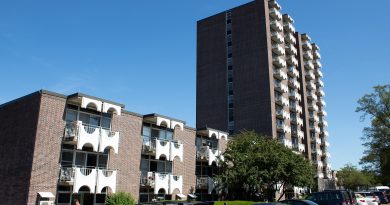