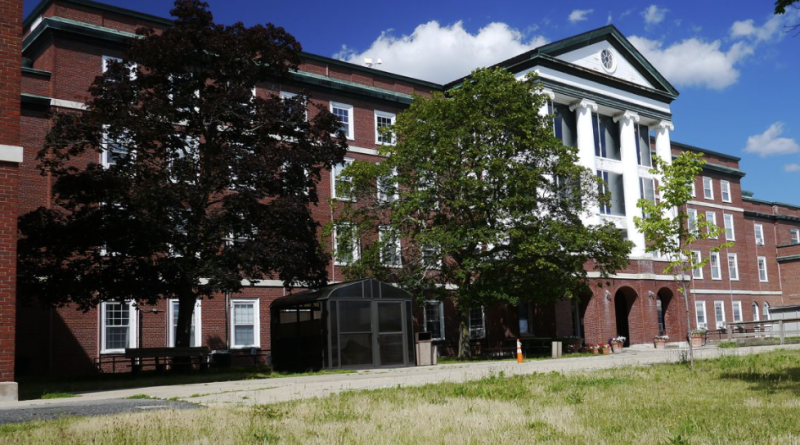 Having been passed by the House and Senate, An Act relative to the governance, structure and care of
veterans at the Commonwealth’s veterans’ homes now goes to Governor Baker for his signature.

“As the daughter of a veteran, I continue to be heartbroken for the families of those who lost their
lives to COVID-19 at the Holyoke Soldiers’ Home,” stated Senate President Karen E. Spilka
(Ashland). “I would like to thank Senators Rush, Velis and Tarr for their work on this conference
committee, as well as Speaker Mariano and all of the House conferees for their partnership in
service of our veterans. This important reform to the governance of veterans’ homes in
Massachusetts is a major step toward rethinking how we deliver care to veterans of every
generation across Massachusetts and ensure that our veterans are connected to their communities.”

“This legislation not only responds to the mismanagement that led to the death of 78 veterans in
the Holyoke Soldiers’ Home during the COVID-19 pandemic,” noted Rep. Jack Patrick Lewis
(Framingham), “it also expands future veterans’ housing project with an emphasis on ensuring
that veterans can retire with the support and care they deserve.”

“By taking significant steps to change how our veterans’ homes are governed and managed, and by
establishing protocols that are designed to identify and correct any examples of mismanagement or
inadequate care as quickly as possible, this legislation will help to ensure that a tragedy similar to
what occurred at the Holyoke Soldiers’ Home will never happen again in Massachusetts,” said
House Speaker Ronald J. Mariano (Quincy). “I want to thank Leader Wagner, Chairman

McMurtry and members of the conference committee, my colleagues in the House, as well as Senate
President Spilka and our partners in the Senate for their hard work, and for prioritizing the health
and well-being of the Commonwealth’s veterans. They deserve nothing less.”

Representative Carmine Gentile (Sudbury) said, “My dad was a decorated twice wounded army
veteran and supported other veterans after completing his service defending our country. This
very much needed legislation should prevent anything like the horrific tragedies suffered early in
the pandemic by mandating that only qualified licensed nursing home administrators will be
placed in authority at either of our Soldier’s Homes. Creating a cabinet position for Veterans Affairs
will allow us to continue to improve our support for veterans in the Commonwealth every year.”

“I am honored to have led the House’s effort to reform the system of governance at the two state-
operated veterans’ homes, streamline and modernize veterans care, and create a clear chain of
command with a new cabinet-level secretary of veterans’ services,” said Representative Joseph F.
Wagner (Chicopee), Second Assistant Majority Leader and House lead of the conference
committee. “This legislation not only addresses a structurally deficient authority at the homes, but
instills a greater level of care for veterans statewide, consistent with our prior action in authorizing
$400 million for a new and an additional $200 million for other veterans’ housing projects. This
report puts emphasis on our commitment to provide veterans the care they deserve, with dignity
and honor.”

“The tragedy of the state’s soldiers’ homes did not happen overnight. It was the culmination of
years of mismanagement, a lack of oversight, and a plethora of serious structural deficiencies which
ultimately cost over one hundred veterans their lives,” said Senator Michael F. Rush (Boston),
Senate Majority Whip and Senate lead of the conference committee. “The Commonwealth’s veterans
deserve better. Today, thanks to the efforts of Senate President Karen Spilka, Speaker Mariano,
Leader Joe Wagner, and my colleagues on the conference committee, we have created a strong
framework to ensure they receive the best a grateful public can offer.”

The legislation creates a direct line of authority by creating a Secretary of Veterans’ Services
position, with a corresponding executive office in the Commonwealth, as the ultimate appointing
authority of the superintendents of the two state-operated homes. It also creates a newly
constituted 19-member Veterans’ Homes Council to advise the Secretary to ensure the health and
well-being of veteran residents. The council is tasked with reviewing and approving the local Board
of Trustees’ nomination for superintendent of their respective home before submitting the final
candidate to the Secretary for consideration of appointment.

The legislation also makes the superintendent the administrative head of a state-operated veterans’
home, prescribing them with concrete responsibilities. It includes critical qualifications for the role,
requiring that the individual selected be a licensed nursing home administrator, and be a veteran or
have experience in the management of veterans in a long-term care or nursing home facility. The
medical director of each state-operated veterans’ home will recommend to the superintendent all
medical staff, physicians, and nurses at the respective home for their review for hiring.

“A bill of this magnitude is always a product of collaboration and compromise, and this legislation is
no different. I would like to thank Speaker Mariano and Leader Wagner for their steadfast
leadership and guidance through this process,” said Representative Paul McMurtry (Dedham),
House Chair of the Joint Committee on Veterans and Federal Affairs. “I believe that the compromise
reached in this conference committee produced a strong bill that delivers on its original goal of
providing a structure to our veterans homes that protects our veterans and gives them the highest
quality of care and dignity they’ve earned and deserve.”

“From streamlining the chain of command and clarifying the responsibilities of the superintendent,
to elevating the veterans Secretary to cabinet level and expanding the Department of Public
Health’s role, this legislation contains important improvements for our Commonwealth’s veterans’
homes,” said Senator John C. Velis (Westfield), Senate Chair of the Joint Committee on Veterans
and Federal Affairs. “I want to thank my fellow conferees for their work throughout this process
and for their commitment to getting a piece of legislation to the Governor’s desk this session. At the
same time, we know that this work must continue. That is why I am so grateful to Senate President
Spilka for appointing me to lead the Senate working group that will oversee implementation of this
legislation, identify what we need to improve on further, and continue to work to ensure that the
tragedy that took place at the Holyoke Soldiers’ Home never happens again.”

To further protect the health and safety of residents and staff, the report requires all state-operated
veterans’ homes be licensed as nursing homes by the Department of Public Health (DPH), a
provision that was not previously enforced in state law. It also directs the department to conduct
inspections of the homes biannually—and monthly during a declared state of emergency—with a
timeframe for when violations must be resolved.

Each state-operated veterans’ home must apply
and maintain certification from the Centers for Medicare and Medicaid Services (CMS) to
participate in such programs on behalf of their residents, as well as adhere to federal guidelines for
trauma-informed care.

The comprehensive bill also reaffirms the role of the Executive Director of Veterans’ Homes and
Housing, who will now oversee the Veterans’ Home Council as chair, in addition to their other
responsibilities. The report goes further in enhancing the care of all veterans in the Commonwealth
by creating an Office of the Veteran Advocate, appointed by the Governor, Attorney General and
State Auditor, independent of any supervision control by an executive agency, to guarantee
veterans residing in the state are always receiving services in a humane and dignified manner. The
legislation also establishes the position of ombudsperson for each veterans’ home to advocate on
behalf of the residents and staff at the home.

“I want to thank my colleagues on this conference committee for their hard work and dedication
through this process,” said Representative David F. DeCoste (Norwell). “I am certain that the
mandated improvements in management controls, certifications and medical professional
requirements will greatly improve operations in both the Holyoke and Chelsea Soldiers Homes.”

“We have a solemn obligation to support those who enter harm’s way on our behalf in the uniform
of our military and our state has a proud legacy of leading this nation in meeting that obligation in
offering support for those men and women,” said Senate Minority Leader Bruce Tarr
(Gloucester), a member of the bill’s conference committee. “I am thankful that the conference
committee retained my amendment to require that the Secretary of Veteran’s Services be a veteran
and a full member of the Governor’s cabinet because this will allow the Secretary to faithfully give
veterans a voice that they have always deserved. The Holyoke and Chelsea veterans’ homes, and
any future homes, should be a place of respite, care, and safety where a veteran can live their days
with dignity. This bill sets the stage for accountability, a firm chain of command, proper licensure,
and experts to make sure that the administration of these homes are modernized and fully
committed to those in their care.”

In May 2021, the Legislature approved a $600 million bond authorization—with $400 million for
the construction of an updated Holyoke Veterans’ Home facility and $200 million to increase
geographic equity and accessibility for veterans not primarily served by the veterans’ homes in
Chelsea or Holyoke.

UPDATED REPORT: Health Director: Every Framingham Resident Needs To Get Tested For COVID-19