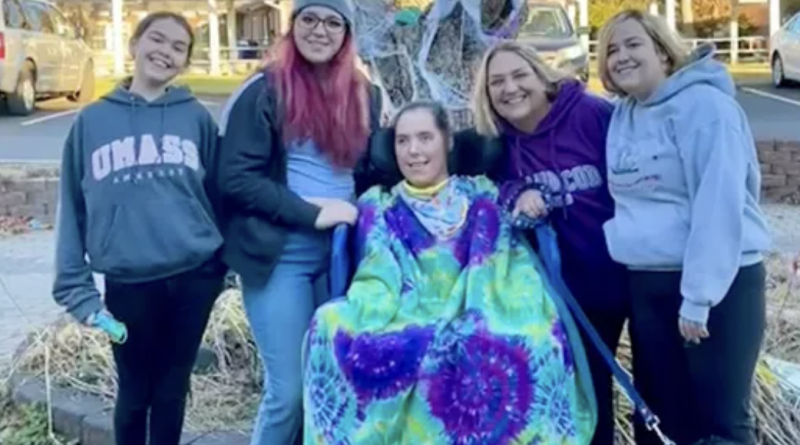 FRAMINGHAM – Lisa Richards is a single mother who has a passion for helping others through her job working as a concierge at Life Time in Chestnut Hill – now, her family is need of help due to a mold
infestation of their Framingham home.

Prior to the pandemic, Richards worked for Torwell Limited and Toll Road Truck and Trailer Corp., which were operated by the same owner. She said she served as the business manager, warehouse manger, and sales manager while she worked for customer service and helped run the engineering project.

“I was the Jane of all trades,’ she said.

Due to the pandemic, the company shut down, which left Lisa out of work.

During the pandemic, she signed a 10-month contract with Newton Public Schools and worked as a “pandemic sub”, where she helped a French teacher educate remotely.

Recently, Richards, her dog Logan, and her daughters, Abi, Cat, and Tricia, have been staying at the Embassy Suites in Marlborough untilt the mold is removed.

Her daughter Julia has Cerebral Palsy and since the pandemic began, she has been living at a
children’s rehabilitation center as Richards does not want her to catch COVID-19.

Richards explained that one day she noticed her washing machine “exploded” and the dry well the washing machine empties into was overrun and water leaked onto the floors in her house. The problem had went unnoticed for a few weeks until the water soaked through the carpet, she explained.

She said she called a company and the plumber told her she had mold and they could remediate it for her.

She explained that upon further investigation, the plumber told her the mold was worse than
they thought.

After informing Richards of the mold infestation, the plumber ripped up the carpet, the subfloor,
and the parquet floor, and discovered nine-by-nine asbestos tiles.

Richards said the plumbers advised her not to live in the house as they knew a woman who lived in
her house during a mold remediation and she passed away two-months after the work was
finished.

Richards added that the company told her the asbestos tiles had to be ripped up and the cost for the removal would be around $25,000.

“I was working full-time, paying off my bills and all of a sudden – bam!” she said.

The company told Richards the person to remediate the tiles would be available in a month, so she called Andrea Rubin, a sales, customer service, and design consultant at Elite Installations.

Richards said Andrea had her husband stopped by her house and he “took one look” at the tiles and told her she was “getting screwed.”

The tiles do not have to be lifted, they just have to be sealed – Richards fired that company but now has a house torn up, with mold, and no money to pay for all of it.

In addition to paying for the sealing and any bills from the former company, Richards said she needs to pay for food, gas, dog care, and the hotel, which she has already spent over $5,000 on.

With the advice from friends, Richards started a GoFundMe page. 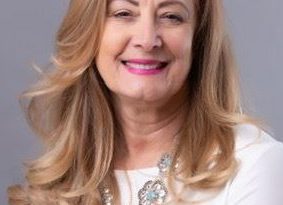 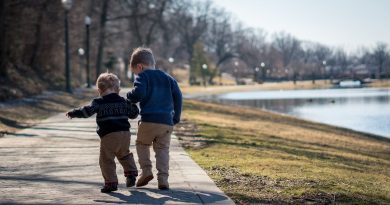