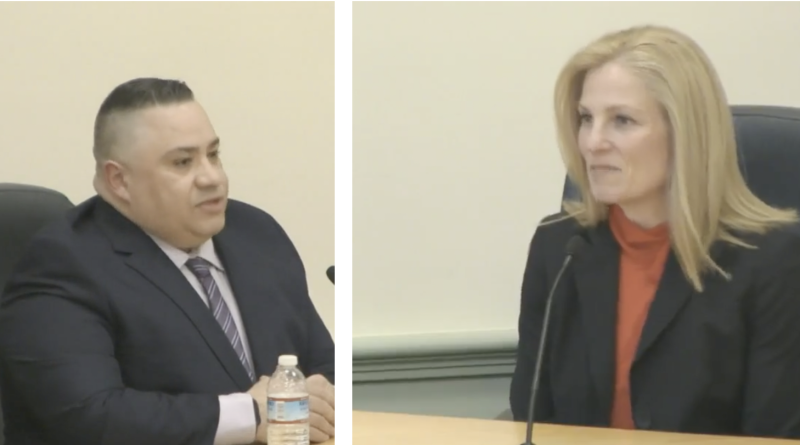 The public can submit feedback on the candidates to Herbert until Wednesday, April 6 at mherbert@ashlandmass.com.

“I also plan to ask follow-up questions of the candidates this week and anticipate extending an offer to a candidate by the end of the week (subject to a background check and successful contract negotiations),” Herbert told SOURCE.

Rossi, an Ashland resident, said she is not “just looking” to become a police chief but to “come home to my hometown and build on the solid foundation that’s been laid here in town.”

Santiago, a Worcester resident, said he applied to the position because his colleagues told him “Hey, the Town of Ashland is hiring – you’d be a perfect fit for that community.”

One of the topics Herbert covered during the interview was the candidates’ leadership style and communication within the department.

Rossi said she leads “by example.”

She added that she wants to show other officers “that you’re not going to ask them to do anything that you haven’t done or wouldn’t be willing to do.”

Rossi said she has an “open-door policy. There’s a joke at the station that I need one of those deli counters outside of my office.”

She added she would like to get to know each officer and ask them “‘What are your hopes?’” and hear them out.

The officers should “know that the success of the department depends on all of them in a cohesive team working together,” said Rossi.

Santiago said he is a “situational” leader.

“Depending on the situation is how I act with my officers, my command staff,” he said.

He added that he meets with his command staff “a lot” to talk and “collaborate.

“And sometimes they don’t like my ideas and I go ‘OK, what do you have?’” Santiago said.

He said, in that way, his leadership style is “not only situational, but I also do a participatory approach.”

“I actually meet with the Town Administrator every Monday,” added Santiago, “just to give him a heads up of anything that happened over the weekend.”

Another topic Herbert covered during the interview was how the candidates’ would interact with the community and build that relationship.

Rossi said, “If we as the Police Department feel like we’re a part of the community, we’re invested in the community.

“Officers that are more reflective of the entire community will help with” improving the relationship, she added.

“In order for BIPOC folks to feel comfortable with the police, we need to make sure that they understand that their voices are important and that we want to hear them and invite them,” said Rossi.

She added, “Unfortunately, if people don’t see someone who necessarily they can relate to, that looks like them, they sometimes don’t think of this as a career path.”

Santiago said he is his current department uses social media and technology “a lot.”

He said he is always “grabbing coffee at the local coffee shop in town” as well.

Santiago added his current department holds events such as “Coffee with the Chief” and “Pizza with the Police.” 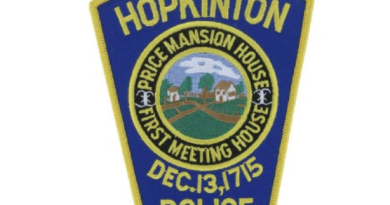 2 Injured in 2-Vehicle Crash at Winthrop & Bethany in Framingham