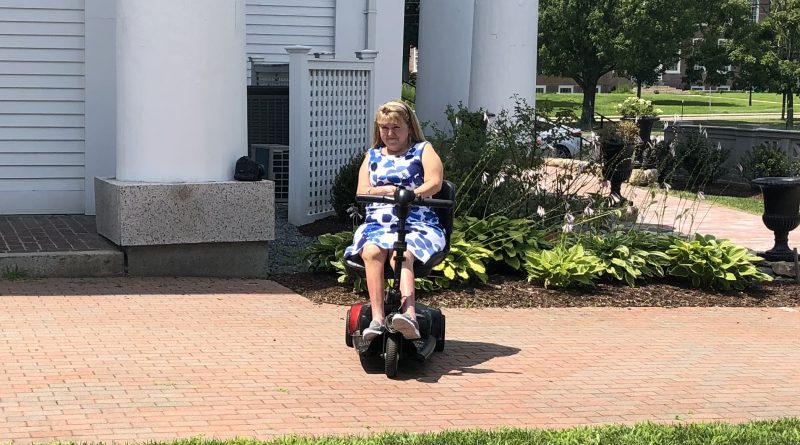 FRAMINGHAM – The ballroom at Historic Village Hall will be re-named the Karen Foran Dempsey Memorial ballroom.

The dedication ceremony will take place on Tuesday, July 26, which coincides with the 32nd anniversary of the Americans With Disabilities (ADA) Act.

The late Karen Foran Dempsey co-founded the Framingham Disability Commission. Diagnosed with rheumatoid arthritis as a child, she was an unrelenting advocate for access rights.

For decades, Dempsey was not able to attend events at Historic Village Hall, while using her motorized scooter, as there was no elevator to the second floor ballroom. She fought to change that.

In 2019, Dempsey’s efforts paid off as she was able to ride in the newly-installed elevator to the ballroom and the stage at Village Hall, which was the community’s first-ever Town Hall.

In January, the Framingham Disability Commission, of which she was a member for more than 18 years, voted unanimously to request the City of Framingham and Mayor Charlie Sisitsky name the ballroom at Historic Village Hall after Karen Foran Dempsey.

City policy requires that to name something after an individual, the person must have died at least a year from the date of the request.

This week, Mayor Charlie Sisitsky said he was in favor of the naming of the ballroom to honor Karen.

“Karen was a fierce and relentless advocate for people with disabilities,” said sister Janet Leombruno.

“Her mission was simple, to be the voice for those without one,” said Leombruno, an at-large Framingham City Councilor. “Karen could fund a way to maneuver through the system but many could not, so she led the way for them.”

“I sat next to Karen and her sister Janet for 20-plus years at the back table of Town Meeting, and supported her efforts to make Village Hall accessible to all,” said City Council Chair Phil Ottaviani Jr.

“I was honored to vote to name the ballroom after my friend Karen Foran Dempsey, a fearless and tireless advocate for those that needed a voice. Her legacy continues with her two boys, husband mark, the School Committee, and the Disability Commission,” said Ottaviani.

“The Disability Commission is thrilled to be able to have the ballroom at Village Hall named after Karen Foran Dempsey. The Village Hall renovations and compliance accommodations were made possible with Karen’s advocacy, and her efforts should be recognized.  The Commission understands that naming the ballroom in Karen’s name is a step in the right direction yet know that a lot still needs to be done where it pertains to persons with disabilities gaining access and inclusivity,” said Framingham Disability Commission Chair Sheryl Goldstein.

“Our event in July is not only a formal naming of the ballroom but a recognition of the 32nd anniversary of the Americans with Disability Act, and the 20th anniversary of the commission that Karen co-founded.  Additionally, an unveiling of the first ever flag celebrating persons with disabilities in the City of Framingham will take place that evening.  We hope to see many friends and supporters of Karen’s (and the commissions) efforts participate in this historical event,” said Goldstein to SOURCE.

“Karen had a to do list, and at the very top was Village Hall,” said Leombruno. “Over the years, she heard many stories about disabled people attending weddings there, but they were unable to get upstairs. It made her crazy that she had to fight for equal access to buildings, rights that we all take for granted.”

“Karen never complained. She just carried on and continued on, not just for her, but for everyone with a disability,” said Leombruno. “After close to two decades her dream was realized and Village Hall finally became accessible to all.”

“When Village Hall was under construction I had the opportunity to tour the inside with Karen and her husband Mark, as part of an access compliance inspection. I had never realized the full impact until that point how poor the architectural access was in that building, and how this could be so isolating for those not able to independently go to other areas of the building,” said Goldstein.

“Once the construction was completed July 2019, one of the last events we participated in together was celebrating the ADA anniversary. This was celebrated at Village Hall and showcased the building as well as the access made possible by her and the commissions advocacy. One of the biggest blessings of my life was to be able to see Karen access the top floor of the hall even reach the stage independently, her smile at that moment was priceless,” said Goldstein.

“We are honored and grateful to the Mayor and the Disability Commission for this honor for Karen’s legacy,” said Councilor Leombruno. “A legacy she would want to see continued on.” 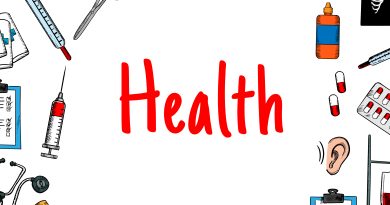 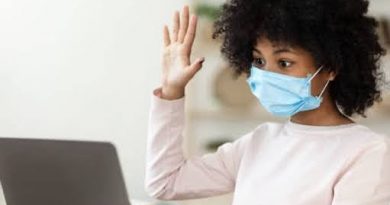