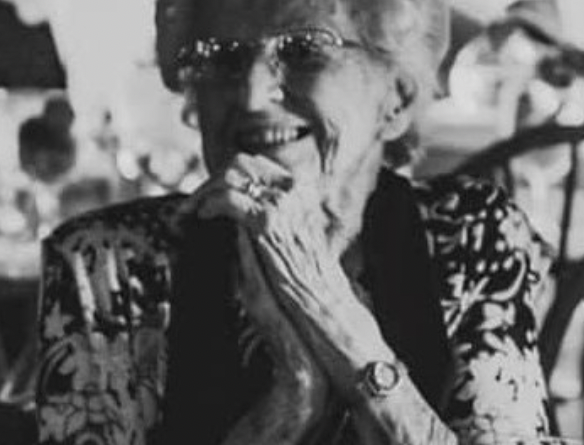 MARLBOROUGH – Ruth E. Neill of Marlborough passed away peacefully on March 11th, surrounded by family, at the age of 96.

A lifelong resident of Marlborough whose ancestors fought in the Revolutionary War, Ruth was born Ruth Edwards Tucker on June 18, 1925 in Marlborough, to parents John and Marion (Brown) Tucker.

Throughout her early life, Ruth loved music, and played in the high school orchestra. She was a talented musician and her love of music followed her throughout her life. She played the violin, organ and piano, as well as sang in community and church choirs for many years. Ruth was the middle of three children, and was predeceased by her older sister Elsie in 1984 and her younger brother Alvin in 2015.

After graduating, Ruth married Ralph A. Neill in 1943 before he joined the war effort. The two traveled the country together during the war as Ralph trained to pilot B-24 Liberator Bombers. After the war, they returned to Marlborough where they raised two children, Karin Kirby of Marlborough and Stephen Neill of Meredith NH. She is survived by both of her children, as well as her daughter-in-law, Dianne Neill of Meredith NH, and 7 grandchildren, 13 great-grandchildren, and 1 great-great grandchild. Her second great-great grandchild is due later this month.

Ruth and Ralph traveled the world together later in life, visiting Europe and Central America and Australia. They often traveled with a group, and they called themselves “The Happy Wanderers”. Ruth and Ralph celebrated 51 wonderful years of marriage before Ralph passed in 1994, and she spoke of him frequently and fondly for all the years after.  Ruth continued to travel overseas with her daughter and took many trips with her son and daughter-in-law throughout the South, Midwest, and California for graduations, weddings and pleasure, visiting some of her favorite sights and beaches along the way.

Ruth worked for Koehler Manufacturing Co., a producer of coal mining lamps, in Marlborough for over 30 years. She started in a part-time position in the purchasing department soon after her son began school. She then worked her way up, eventually becoming the executive secretary to the vice president of manufacturing, where she was an integral part of the company’s operation and success. Ruth was always proud of the work she did at Koehler, and reflected on her years there fondly. When downsizing later in life, a ceramic coal miner statue that was gifted to her by the company for her contributions was among one of the most important things she kept. “It isn’t about the statue, really,” she said of its importance to her, “it was about being recognized.”

Ruth was a long-time member of First Baptist Church of Marlboro before becoming a congregant of First Federated Church in Hudson, where she was very involved and gave generously of her time and talents. The community was important to her, and she was close with many members, including her long-time best friend Esther Folkes of Hudson.

Two of Ruth’s favorite annual church events were Angel Tree at Christmastime and the St. Patrick’s Day supper. Ruth never missed a year of Angel Tree, dutifully picking out presents to donate every year, and included her granddaughter and great granddaughters in the tradition in later years. She also regularly helped prepare the St. Patrick’s Day supper, spending hours with others peeling potatoes for the annual event.

Ruth was a very proud grandmother, and family was important to her. She loved little more in life than getting phone calls and cards with updates on her grandchildren and great-grandchildrens’ lives. Her refrigerator always had photos of each of her 13 great-grandchildren, and she always greeted them with wide open arms and a dish full of candy.

Ruth lived a very full and happy life. When pressed later in life to consider if she had any unfinished travel or bucket list items, she said no, she had gotten to do everything that she wanted to do on this earth. She lived a good life, she would say, and couldn’t ask for anything more. When discussing her world travels, her granddaughter recently asked where her favorite place in the world was. “Honestly,” she replied, “the best place in the world to me was always my home.”

Ruth was so many things in life – the 19-year-old World War II bride, a filler of candy dishes, a crossword puzzler, a Friday night dinner Scrabble player,  a peeler of potatoes for church suppers, a loving wife, a world traveler, a proud grandmother, and a top female executive at a time when there wasn’t just a glass ceiling but a glass door, too.

She was also an avid reader of obituaries, and we hope she would have enjoyed reading hers. It was poignant that she said that the best place in the world to her was always home. She had a strong faith, and she is now in her final heavenly home.

It was an honor to know and to love Ruth. 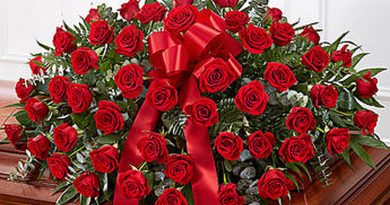 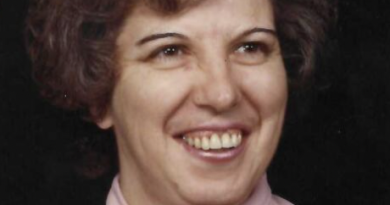