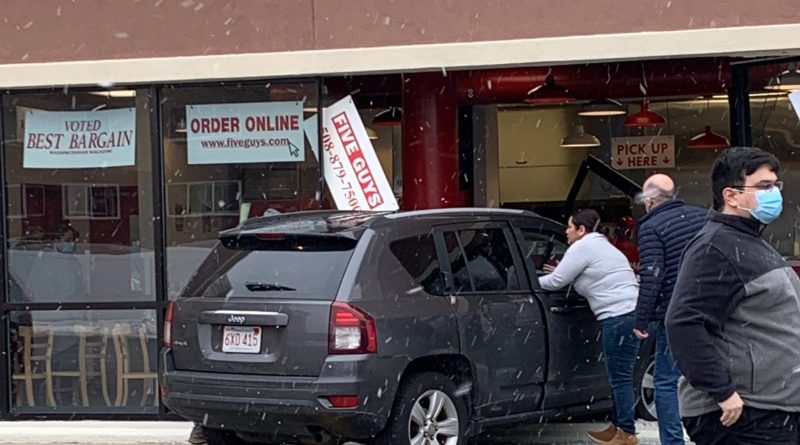 The crash happened at 1:46 p.m., said the deputy police chief.

Framingham Police, Framingham Fire, and Brewster ambulance responded to the Jeep smashing into the glass window of the restaurant.

An 8-year-old girl and her dad were injured. They refused ambulance transport, but said they were going to the hospital to be checked out, said Deputy Chief Riley.

Two 29-year-olds, a male and a female, were transported to hospitals by Brewster Ambulance, said Deputy Police Chief Riley.

The man was taken to Beth Israel Deaconess Medical Center in Boston.

The woman was transported to MetroWest Medical Center in Framingham.

Riley said video shows the driver accelerating into the glass window of the restaurant.

There is the possibility she stepped on the gas as opposed to the break.

The deputy police chief said that patrons inside the “crowded restaurant” were injured by the vehicle and the shattered glass.

The driver of the vehicle may be cited, said the Deputy Police Chief, who added the investigation is still ongoing.

The driver was a woman, 37, from Maynard, said Lt. Mickens.

Neither driver nor her passenger were injured.

The restaurant is closed for the rest of the day, said the deputy police chief.

It is structurally sound, so will likely re-open tomorrow.

Arrest Made in Framingham Murder

Police Called To Walmart Before 7 a.m. For Disturbance 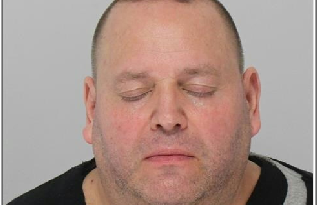