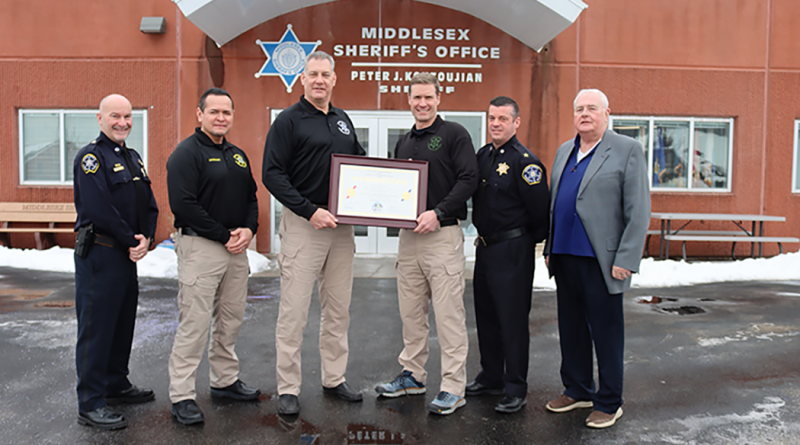 In full transparency, the following is a press release from the Middlesex Sheriff’s office submitted to SOURCE media.

“Each day, the men and women of the Middlesex Sheriff’s Office work tirelessly to ensure the safety of those in our care while preparing individuals to make a successful return home,” said Sheriff Koutoujian. “Through all of their efforts they play an invaluable role in protecting and serving not only Middlesex County’s 1.6 million residents, but the entire Commonwealth. This re-accreditation is further affirmation of their incredible professionalism and dedication.”

The Sheriff’s Office was formally awarded re-accreditation following a successful audit in July 2021 and a final presentation before the ACA’s Commission on Accreditation for Corrections in Phoenix in early January.

The Association first accredited the Middlesex Jail & House of Correction in 2015 and re-accredited it in 2018.

In each of the three accreditation cycles, the Middlesex Sheriff’s Office had perfect scores on all mandatory standards.