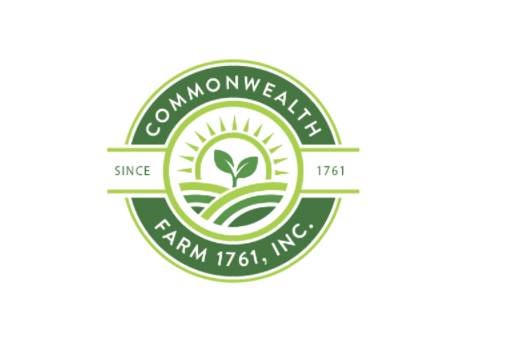 FRAMINGHAM – In early 2019, Eastleigh Farm owner Doug Stephan announced he wanted to have a marijuana growing facility on a portion of the historic old farm, as a way to save the farm that dates back to 1761.

He partnered with Jonathan Tucker and created Commonwealth Farm 1761, Inc.

Commonwealth Farm 1761 sought and received all the permits from the City of Framingham to cultivate and process the highest quality of cannabis and cannabis products at the Edmands Road site in Framingham.

Stephan said this plan would “allow for the continued operation of Eastleigh Farm.”

But then residents of Southborough sued in land court and halted the entire process.

This week, a judge issued a land court decision in favor of Eastleigh Farm.

Stephan was not available for comment when reached this morning.

The plaintiffs could appeal the land court decision through February 23.

The seven plaintiffs all owned properties that abuts the 112-acre farm at 1062 Edmands Road
in Framingham.

In late 2018, the City of Framingham amended its bylaw. That amendment allowed, in the R-4 Zoning District, the construction and operation of marijuana cultivation and product-manufacturing facilities, provided they received site-plan approval from the Framingham Planning Board.

In August 2019, the Framingham Planning Board approved construction and operation of a marijuana cultivation and product manufacturing facility at Eastleigh Farm.

The plaintiffs sued the City declaring the 2018 amendment to the bylaw was illegal and was “spot zoning.”

The plaintiffs also sued on a claim of environmental harms, specifically noise and odors, from the proposed new marijuana cultivations project.

Plaintiff Caroline Rossen filed this action in the Superior Court Department in September 2019.

Rossen claimed that the defendant members of the City of Framingham Planning Board unlawfully granted Commonwealth Farm 1761, Inc. (“CF 1761”) site-plan approval for an indoor marijuana
cultivation and product manufacturing facility.

The latter complaint contained two counts. In Count One, Plaintiffs appealed under G.L. c.40A, § 17, the Site-Plan Approval. In Count Two, Plaintiffs contended that the City of Framingham illegally amended its Zoning By-Law to allow construction of marijuana cultivation and product manufacturing facilities in 1062 Edmands Road’s zoning district, the R-4 district. Plaintiffs contended the amendment was an illegal example of “spot zoning.”

On June 15, 2020, Gina Kelly’s claims were dismissed with prejudice. This Judgment calls the remaining
plaintiffs “Plaintiffs.”

In October 2020, this Court granted Plaintiffs leave to file a fourth amended complaint, which added the City of Framingham as a defendant to Count Two only.

And on January 24, 2022, the judge issued an order in favor of the City of Framingham and Commonwealth farm, 1761.

Th order states the “plaintiffs fail to show that their concerns that the “environment will be damaged” or cause the “destruct[ion of] the whole eco system.”

“Plaintiffs have six claimed bases for standing left: that the Facility will (1) result in construction of objectionable solar- or wind-power facilities; (2) harm the area’s water supply;(3) produce odors; (4) cause noise pollution; (5) increase traffic; and (6) damage the character of the neighborhood.
The Court can dispose quickly of the first of these claims: it’s undisputed that the version of the Facility that received site-plan approval does not include solar panels or wind turbines,” noted the decision.

The biggest concern was the potential for odors from the proposed facility.

“CF 1761 presents the following facts concerning odors from the Facility. Budding marijuana plants naturally create compounds that smell. Owners of indoor marijuana cultivation facilities try to mitigate those odors by adapting the facilities’ heating, ventilation and air-conditioning systems (“HVAC”). The Facility’s HVAC system will employ four principal odor-mitigation strategies, all designed by Engineer Ogren’s firm, Hayes Engineering, Inc. (Ogren and Hayes Engineering have overseen various phases of the design, planning, permitting and/or development of 129 marijuana-related projects in Massachusetts.) First, the rooms that contain growing plants (“Grow Rooms”) and those that host flowering plants (“Flower Rooms”) will be airtight and self-contained. That’s largely because, if the Facility is going to be profitable, CF 1761 must carefully regulate the temperature, humidity, and carbon-dioxide levels of those rooms. Those rooms thus should exhaust air only when carbon dioxide levels exceed specified limits, perhaps once or twice a year. Second, when exhausts from the Grow and
Flower Rooms do occur, they will pass through odor-absorbing carbon filters. Third, the Facility’s interconnected buildings are designed to maintain negative airflow (that is, the pressure of the air inside the buildings is lower than that outside), and hence air inside the buildings should not leave the buildings naturally. Fourth, the Facility will use state-of-the-art carbon-filtration systems for the various rooms (other than the Grow and Flower Rooms) used for the Facility’s manufacturing processes, and will implement odor control at ventilation openings, exhausts, and exterior doors,” stated the court documents.

In regards to the noise complaint, the court documents stated “CF 1761 presents the following facts concerning the Facility’s anticipated noise. The Facility will have eighteen pieces of equipment (coolers, chillers, and air handlers) that will be outside of its buildings, and water-cooled chillers inside the buildings. A professional acoustical engineer hired by CF 1761, Peter Ouellette, predicts the Facility’s
equipment will generate 79.2 dBA of sound at their source.18 CF 1761 proposes to add to the Facility, however, (1) a sound-attenuation barrier, which will surround the Facility’s exterior mechanical area; (2) super low sound fans (“SLSF”); and (3) on the Facility’s two closed-circuit coolers, water silencers. Ouellette predicts that the SLSF and water silencers will reduce the equipment’s noise to 73.5 dBA (sometimes called “decibels”). Ouellette further estimates that, with the attenuation barrier, sound levels at the Rossen residence will be 20.1 dBA; sound levels at the Sage and Asinovksi residences will be 21.1 dBA; and sound levels at the Kelly residence will be 27.0 dBA. Ouellette opines that, even at 27.0 dBA, the Facility’s predicted sound at Plaintiffs’ properties will not be material. (He further notes that, in Framingham, sound levels are acceptable if they are below 45 dBA between the hours of 10:00 PM and 7:00 AM.) The Planning Board also imposed as a condition of its site-plan approval that CF 1761 buffer and screen all mechanical equipment, to limit noise.”

In regards to the traffic complaint, the court documents stated “CF 1761 presents the following facts concerning the Facility’s effects upon traffic. 1062 Edmands Road is accessible only from Edmands Road. The property has a driveway (the “Driveway”); the Facility’s personnel will use the Driveway to get to and from Edmands Road. In 2019, in preparing CF 1761’s application for site-plan review, Hayes Engineering prepared a traffic impact statement (the “TIS”) using data from the Institute of Transportation Engineers. The TIS concludes that the number of vehicle trips ending at the Facility would be minor as compared to existing traffic on Edmands Road. In 2021, Hayes studied the roadways and traffic patterns in the area around 1062 Edmands Road. Hayes examined existing conditions on Edmands Road as well as the Road’s anticipated future condition were the Facility built. Hayes performed its study in accordance with the Massachusetts Department of Transportation’s Traffic Impact Assessment Guidelines. Hayes’s 2021 study reaches the same conclusion as the TIS: that the Facility’s additional traffic will be minor.”

In regards to the plaintiff’s claim of neighborhood character, “Plaintiffs’ final claimed harm is, broadly headed, the Facility’s inconsistency with the character of their neighborhood. The initial problem in evaluating the quality of the parties’ “neighborhood” evidence is that the By-Law doesn’t, in so many words, require the Planning Board to evaluate site plans based on their “consistency” with the neighborhood, or to gauge the overall effect of a proposed development upon a neighborhood. The By-Law’s more nuanced than that,” wrote the judge. “The Court thus concludes that Plaintiffs lack standing to challenge the Facility on grounds of its alleged adverse effects upon Plaintiffs’ neighborhood.” 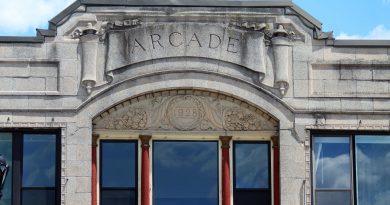 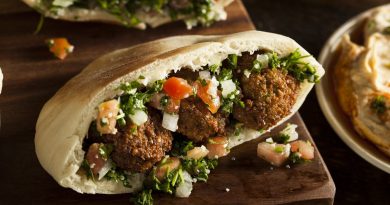 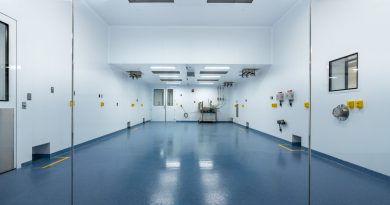