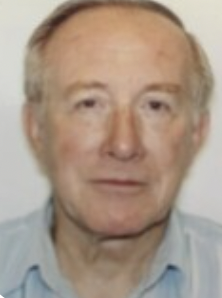 FRAMINGHAM – Joseph R Belloli, 88, of Framingham, passed away on January 12, 2022 after a brief battle with congestive heart failure.

Joe was born in 1933 to Joseph and Maria Belloli in Framingham.

He was raised on the family homestead near Waushakum Pond.  He would tell stories of his younger years working for the icehouse and cutting slabs from the pond in the winter.

After graduating from Worcester Boys Trade School in 1952, he went on to serve his country over in Korea as part of the US Army Corps of Engineers.

Upon returning from Korea, he married long-time sweetheart Eileen Zendali, also of Framingham.  They had 4 boys: Joseph, Michael, Stephen and Peter.

Joe started working as a carpenter for the Mass State Police in Framingham. He then moved on to become a safety inspector, worked for the Mass Dept of Labor and retired as Director of the Bureau of Labor Statistics.

Prior to retiring, he earned his college degree at Framingham State.  He was a member of the ASSP, the Toastmasters, the Knights of Columbus and the Sons of Italy.

In his spare time, he built two vacation homes: one in Maine and one on Cape Cod. After retiring, Joe worked on the family houses and spent time in Maine and Cape Cod. He and Eileen liked to travel to Italy for long visits with relatives, but he most enjoyed doing puzzles and time playing games with his grandkids.  They were what gave him purpose.

He was a good son, patient husband, great father, loving grandfather, excellent teacher and one of the kindest people you would ever know.

Joe was predeceased by his sister Corrine and brothers Carlo, Edward and Tony. He is survived by wife Eileen, sons Joseph and his partner Catherine and his former spouse Pamela; Michael and his wife Dianne; Stephen and his partner Joann; Peter; his grandchildren Kimberly, Jennifer, Alex and Raechel; and by his brother Henry.

Relatives and friend are invited to attend to the Norton Funeral Home, 53 Beech Street in Framingham on Wednesday, January 19, 2022 at 9 a.m., his funeral Mass will follow at St. George Church, 74 School Street, Framingham at 10 a.m.

Burial will follow at St. Tarcisius Cemetery in Framingham.

Visiting hours will be Tuesday, January 18 from 5-8 p.m. at the funeral home.

If you so choose, in lieu of flowers a donation may be made to the Cure Alzheimer’s Fund, curealz.org. 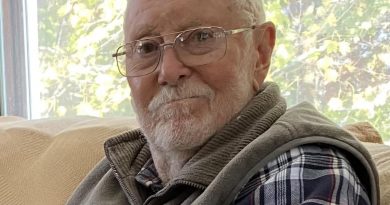 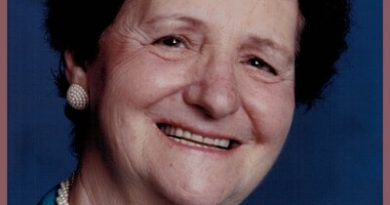