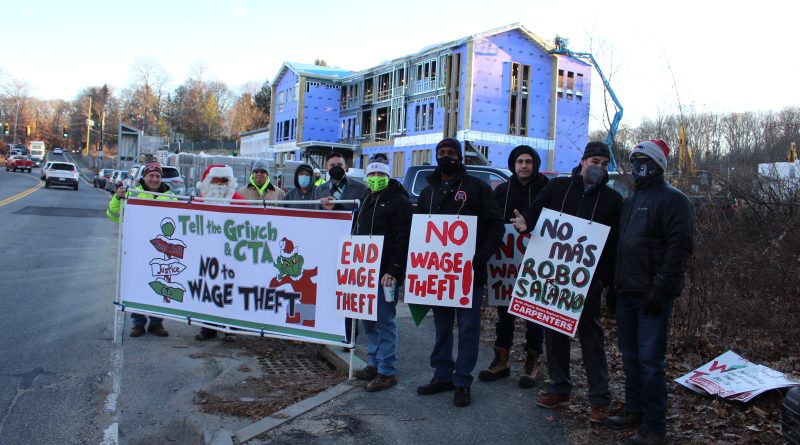 ASHLAND – Members of Carpenters Local 336 will be holding a demonstration outside the Ashland Public
Safety Complex, 12 Union Street this morning December 23 calling for CTA the General Contractor to help a group of workers who have not been paid by a subcontractor.

Eleven carpenters are owed $64,000 in unpaid wages, some of whom haven’t been paid for three weeks.

While the exploitation of Latino workers continues we are asking who is benefiting from this? said the union.

CTA is the general contractor. GL Painting and Drywall is the subcontractor that has not paid the workers.

The project is supported by the State of Massachusetts and is subject to public bid laws and prevailing wage standards.

Jose Piña, a worker on the site explains how hard this has been for him, “I worked simply because I have bills to pay. I was counting on this money for Christmas, buy presents for my kids, and enjoy the holidays, but now I just feel used and cheated. I would never expect this would happen on a prevailing wage job.”

At this time, 11 carpenters who worked on this project have contacted the Carpenters Union asking for help in getting their wages paid. With the holiday season upon us, it is a tragedy that they have not been paid, said the union.

As a legal process to secure payment for these workers gets under way, members of the Carpenters Union are standing in solidarity with their non-union counterparts.

State Rep for Ashland Jack Patrick Lewis is asking for all workers on this project to be immediately paid.

“The safety complex is a great project for Ashland and is desperately needed for our police and fire departments. It’s frustrating and outrageous to hear that the contractor is not paying their workers.  I can’t be silent knowing that taxpayers of this Commonwealth are funding a project where contractors are victimizing workers.  We can’t keep letting this happen,” said the state representative.

Wage theft is an epidemic in construction in Massachusetts hurting workers with lost wages and cities and towns with lower tax revenues. A recent study by UMass Amherst shows that in 2019 alone wage theft and other illegal business practices have cost up to a $40.6 million shortfall in the state’s unemployment insurance fund, contractors have evaded up to $78.3 million in workers’ compensation premiums and have stolen up to $40.8 million in required overtime premiums and cheating contractors have cost up to $41.3 million in personal income taxes.

Very recently, the Carpenters Union have been made aware of a wage theft complaint on one other CTA project. CTA is a general contractor that builds public buildings like safety complexes, schools, and town halls.

“Cheating contractors are an epidemic in the construction industry. Construction projects, especially publicly funded ones, should not be built on the backs of unpaid and exploited workers. We call on CTA and their subcontractor to pay these workers immediately. Everyone should be furious knowing that workers on this project are risking eviction and standing in food pantry lines because they are victims of wage theft,” said Frank Gomez, Organizer with the Carpenters Union.

We must all remain vigilant in addressing wage theft. Municipal and state leaders need to put in place stronger protections and wage theft prevention measures to prevent companies that have been caught exploiting workers from just picking up and moving on to the next city or town, said the Union.

Organizers for Carpenters Local 336 will continue to communicate with nonunion carpenters to document and address unsafe work conditions, take complaints from workers victimized by wage theft and educate municipalities on the importance of implementing wage theft protections into their contracts.

Carpenters Local 336 represents carpenters working on projects throughout Central Massachusetts. The members participate in a union because they believe it is the best way to protect their economic rights and dreams. In 2021, staff from the Carpenters Union Local 336 have had over a thousand conversations with nonunion workers about wages and working conditions and have helped many nonunion workers who were victims of wage theft get justice. 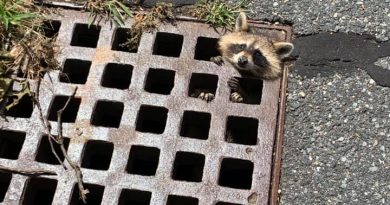 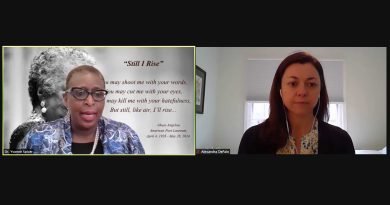