The event, titled “Virtual Convening on Intentionality: Building Diversity on Public Statewide Boards and Commissions,” was held this afternoon and provided an opportunity for participants to discuss challenges and successes, share best practices, explore available tools and resources, and brainstorm future collaboration.

The event was not open to the public but facilitated a conversation among appointing authorities, including the state’s constitutional officers and legislative leaders, about improving board parity.

“State officials in Massachusetts have a shared commitment to diverse representation in government – who is at the table matters,” said Healey. “Our goal is to create public boards and commissions that better reflect our communities and offer a variety of perspectives on the decisions that impact our future. I am proud to work with organizations like YW Boston and the Parity on Board Coalition in discussing these opportunities and am grateful to our partners for their leadership and support in diversifying statewide appointments.”

“I look forward to continuing to work with my fellow appointing authorities to increase diversity at all levels,” said Treasurer Goldberg. “Equal representation on boards and in the workplace is not just socially admirable, but a necessity for these boards to achieve their mandates. Data has proven that more diverse organizations are more creative, innovative, and successful.”

“We have learned that good intentions around diversity just don’t get you to equity of outcomes,” said Silbert. “Employers/search committees/appointing authorities must set specific demographic goals and measure annually against those goals. Those in power also need training in how to recognize and combat unconscious gender, racial, and ethnic bias in selection processes.”

In a 2021 report, the Eos Foundation’s Women’s Power Gap Initiative studied changes in the demographic makeup of 50 of the most prominent statewide boards and commissions since 2019. Although the Initiative reported an increase in white women serving as public board chairs from 2019 to 2021, no similar progress had been made for people of color in the intervening years.

Women and people of color, and particularly women of color, have been historically excluded and are currently underrepresented on statewide public boards and commissions. In the Attorney General’s Office, a concerted effort has been made to appoint individuals from diverse backgrounds to statewide boards and commissions, including recent appointments to the Cannabis Control Commission, the Opioid Recovery and Remediation Fund Advisory Council, and the Health Connector Authority Board. 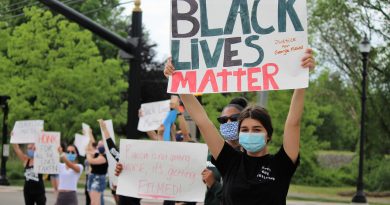