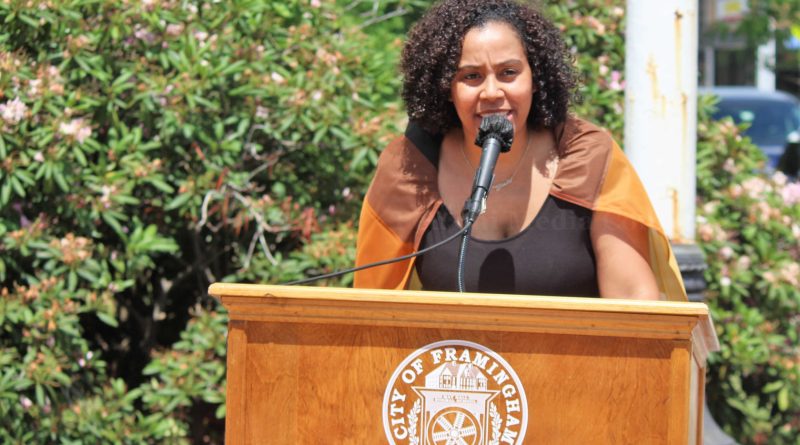 Mayor Yvonne Spicer nominated Barros to the position in an email to the 11-member City Council on December 30, 2020. Any email sent to all 11 City Councilors is a public record. SOURCE broke the news of the nomination on Dec 31, 2020, after the Mayor sent her correspondence to the legislative branch of the City.

The City Council approved Barros as the City’s first-ever DEI Officer in January 2021. She started in January at a salary of $125,000.

In an email back to the news site Barros wrote “I can confirm that I have submitted my resignation, I did so just before the holiday. Today is Monday following the holiday weekend so we are working on sharing the news in a manner that flows with my time out of here and my time over into my new role.”

Dr. Barros wrote in an email to SOURCE “I would really appreciate it you would hold off on sharing this news on your site Susan, until a formal release/statement from the Mayor’s office has been made as I make this transition. I recall the challenges I faced coming onboard here in Framingham where the Framingham Source announced my role here in the city without my notice and before I had a chance to formally resign at my previous workplace. Please be patient as we roll out this news.”

The daily newspaper in MetroWest reported on Dr. Barros nomination on January 4, 2021, based on the exact same correspondence the Mayor sent to the City Council on December 30. SOURCE was just quicker to publish the public document.

“It has been a great pleasure and honor working here in Framingham for the residents and the municipality.  I feel grateful to have had this opportunity,” wrote Dr. Barros.

The City’s Chief Diversity, Equity, & Inclusion Officer then wrote in the email thread “Mayor elect Sisitsky, I have not had the pleasure of meeting you or speaking to you yet, and if you would like to meet prior to my departure please do not hesitate to reach out.”

Town of Ashland has 2 Positive Cases of Coronavirus