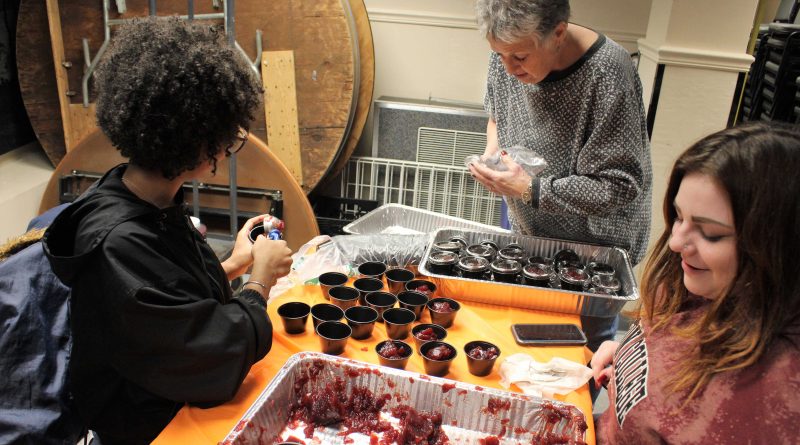 FRAMINGHAM – For the second consecutive year, there will be no sit down Curtis Family Thanksgiving meal served, due to the coronavirus pandemic.

But despite the shortage and rising cost of food, and the lingering pandemic, volunteers and the Curtis Family will deliver more than 1,500 meals to seniors, veterans, and those in need on Thanksgiving.

This is the 33rd year of the annual event, and this year more than 500 of the meals to be delivered will be going to children, said one of the founders Karen Curtis.

On Wednesday night, November 24, a small crew of volunteers were slicing up and packaging apple, peach, and pumpkin pie slices to be delivered on Thursday.

In another room inside the United Way of Tri-Country’s Peal Street Cupboard, more volunteers and family members were scooping cranberry sauce and stuffing rolls into sandwich bags.

Director of Operations Diane Lynch starts working on the annual event during the summer. This year she said due to the pandemic, food shortages were an issue.

Lynch was calling farms all over the state for food for the dinner.

“We went to Hadley Mass and purchased 550 pounds of squash, as it was the best price we could get,” said Lynch. The squash arrived peeled and cubed.

And this year, no peeling and mashing potatoes, instead they are serving a red bliss smashed potato with the turkey, stuffing, & gravy, explained Lynch. Mark Curtis, one of the founders, came up with the recipe.

Lynch also organizes the fundraisers that raise money so the turkeys can be bought annually.

Framingham Baking Company donated all of the bread for the stuffing, said Lynch.

On Thanksgiving, volunteers will deliver the meals all over the City, said Lynch.

“This will be our biggest delivery ever,” said Lynch. “I’m thankful for all the volunteers.” 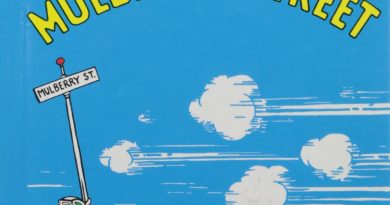 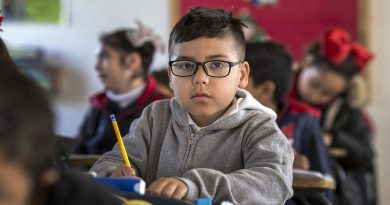