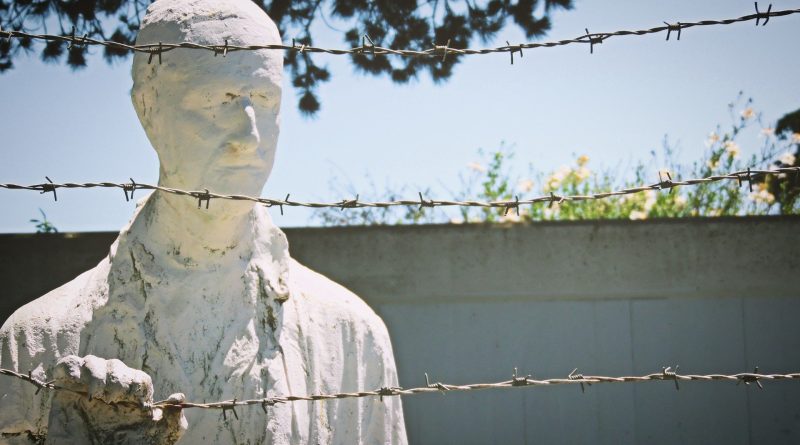 In full transparency, the following is a press release from the Senate President’s office submitted to SOURCE media.

BOSTON – The Massachusetts Legislature on Wednesday, November 24, passed An Act concerning genocide education to provide education to middle and high school students on the history of genocide and to promote the teaching of human rights issues.

“While past crimes against humanity cannot be undone, we must learn from them,” said Senate President Karen E. Spilka (D-Ashland). “After a rise in anti-Semitic incidences in our state and a noticeable decline in young people’s understanding of the specifics or the seriousness of the Holocaust, it was clear something must be done. As a Jewish woman and daughter of a World War II veteran who liberated the Buchenwald Concentration Camp, I believe it is our responsibility to ensure we educate our children on the many instances of genocide throughout history so that it is never repeated. I am grateful to Senator Rodrigues and his staff for their hard work on this legislation, to my Senate colleagues for their continued support, and to Speaker Mariano and our partners in the House for advancing this important legislation.”

“As a former teacher, I recognize and value the importance of teaching about acts of genocide in an effort to stem bigotry and intolerance. This Genocide Education bill puts Massachusetts on a path to do exactly that,” said House Speaker Ronald J. Mariano (D-Quincy). “By requiring that all middle and high schools teach about the history of genocide, and how hatred and prejudice can lead to violence, we’re taking a necessary step in the pursuit of increased education about the atrocities of the past, and how to avoid them in the future. I would like to thank chairs Michlewitz, Peisch and Roy for all of their work with the advocates to produce an impactful bill that will ensure meaningful change.”

The legislation now moved to Governor Charlie Baker’s desk for his signature.

“With today’s passage, the Legislature has taken decisive action to make sure young people are meaningfully educated about the history of genocide and stand ready to oppose its root causes, now and forever,” said Senator Michael J. Rodrigues (D-Westport), Chair of the Senate Committee on Ways and Means. “Thank you to Senate President Spilka for her leadership and strong support, Senator Lewis for his commitment to this matter, my respective Senate colleagues, and our partners in the House for boldly standing with us to say that we will never forget the lessons of the past and will stand against the forces of division and ignorance. I would also like to thank my constituent, Dr. Ron Weisberger, the ADL, JCRC, MASC, MASS and the dedicated advocates for their support and tremendous efforts. Thanks to their collaboration with the legislature, Massachusetts will use the power of education to oppose hate in our communities, broaden public awareness, and shape our collective future.”

The bill requires middle schools and high schools in the Commonwealth to include instruction on the history of genocide. This most recent iteration of the legislation comes as incidences of hate and anti-Semitism are on the rise across the country, with several incidents reported in Massachusetts over the past year.

In 2020, a widely reported survey commissioned by the Conference on Jewish Material Claims Against Germany, which gauged Holocaust knowledge among millennials and Generation Z populations, found that 63 percent of survey respondents in the United States did not know six million Jews were murdered in the Holocaust. The survey also found that nearly half were unfamiliar with Nazi concentration camps like Auschwitz. Massachusetts does not currently require Holocaust education or other genocides as part of classroom curriculum.

“It is shocking how many young people today have never heard of the Auschwitz concentration camp, the Holocaust, or other heinous genocides perpetrated in the past,” said Senator Jason Lewis (D-Winchester), Senate Chair of the Joint Committee on Education. “This important legislation will ensure that more students understand the history of genocide so that it never happens again. I’m grateful to Senator Michael Rodrigues for championing this legislation and to all of the educators and advocates who have worked to see this bill passed.”

“While racial, ethnic, national, and religious violence has existed throughout the past and continues in the present, recent events suggest our collective knowledge of some of history’s worst atrocities is waning. It is our responsibility to take steps to ensure we do not forget the past so that we can continue to build a better future, while still respecting the ability of individual school districts to shape the curricula of their students,” said Representative Alice Peisch (D-Wellesley), House Chair of the Joint Committee on Education. “I’d like to thank Speaker Mariano, Chairman Michlewitz, and Chairman Roy for their leadership on this critical piece of legislation.”

“With this law, we can arm our students with the knowledge they will need to recognize the warning signs and feel empowered to prevent genocides in the future,” Representative Jeffrey Roy (D-Franklin), lead sponsor of the House bill and House Chair of the Joint Committee on Telecommunications, Utilities and Energy. “Making genocide education a mandatory topic for teaching in our schools is a reaffirmation of the commitment of free peoples from all nations to never again permit the occurrence of another genocide, and to deter indifference to crimes against humanity and human suffering wherever they occur.”

The legislation requires each school district to annually file a description of their lesson plan and programs related to genocide education with the Department of Elementary and Secondary Education (DESE). The bill also establishes a competitive grant program that schools, and districts can apply to for additional programming support. 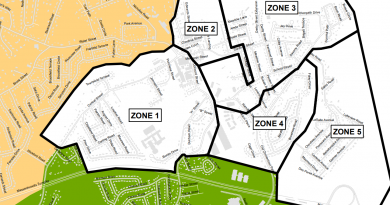