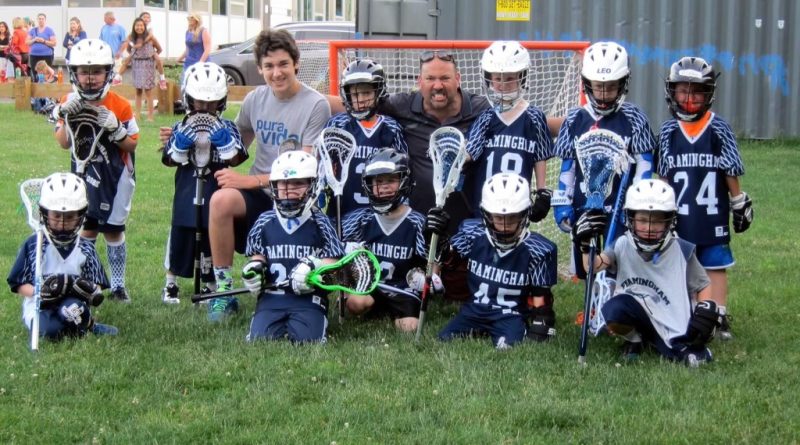 FRAMINGHAM – After 20 years as a Framingham Youth Lacrosse Board member, President Ken Cotton is retiring.

“Thousands of kids, coaches and parents have been positively influenced by Ken and his enthusiasm for life and the game of lacrosse.  His focus has always been on the kids and teaching them the wonderful game of lacrosse.  He tried to instill what youth sports should be about: skill development, comradery, sportsmanship and most importantly having fun,” said Framingham Youth Lacrosse. “He often said that “it was a successful season, if the kids sign up again next year”.  We are confident that we will still see Ken visiting the practice fields, especially his favorite U9 group.  We thank Ken for his 20 years of service and wish him well as he continues to focus on his role as Director of Camp Bauercrest.”

“The FYL Board is also excited to announce that Dan Mulvey has been elected to role of President.  Dan is a true Flyer, having grown up in Framingham. After returning to town to raise his family, Dan immediately got involved with FYL; coaching in our select and U9 program before joining the Board a year ago,” said the Board, in a press release.

“The Board is happy to have Dan’s valuable experience working with youth, he is trained as an educator serving in various teaching and administrative roles, currently as Asst. Principal at Northwest Elementary school Leominster.  Dan played for Coach Cotton and embraces many of these same values.  We are confident he will lead our program forward continuing the positive legacy that Ken has left,” said the Board.