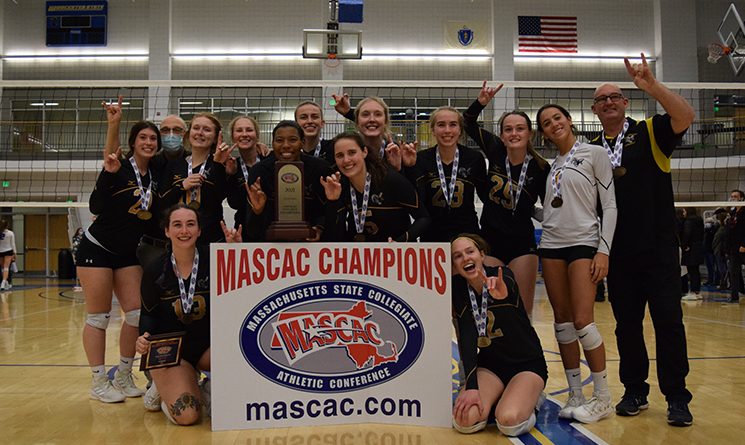 The Rams will face the host Tigers of the Liberty League in an opening round match on Friday, November 12, with game details to be announced later this week.

The winner will advance to face the winner of the Wesleyan/Scranton match on Saturday afternoon in the Regional Semifinals.

The Rams are making their fifth overall appearance in the NCAA Tournament and first since 2016 under the direction of 18th year head coach Richard Casali.  The 2021 Rams went 17-15 this season and 5-2 in the league which earned them the third seed in the conference tournament where the Rams knocked off the second seed in the semifinals.  The Rams then went on to knock off top seed Worcester State in the final to earn the Tournament Title and the MASCAC’s automatic bid to the NCAA Tournament.

The Rams are led this season by Morgan Failla who earned MASCAC Tournament MVP honors last week. Failla has recorded 669 assists on the year and averaged eight per set for the season to go along with 222 digs and 42 service aces.

The Rams are led on the attack by the trio of Brandee Thomas, Valerie Sullivan and Hailey Sanders.  Thomas has tallied 311 kills on the year with 394 digs, 40 service aces and 13 blocks.  Sullivan has tallied 302 kills and 27 blocks in her fist season with the Rams, while Sander has 295 kills with a .290 hitting percentage to go along with 78 blocks.

Isabel Henwood has paced the back row for the season with 491 defensive digs, 33 service aces and 43 assists, while Anna Szymanski finished the season with 267 digs and 170 kills.

RIT is the host for the eight team regional taking place November 12-14 in Rochester. The other teams in the region include Wesleyan, Scranton, Babson, Endicott, Juniata and Gallaudet. 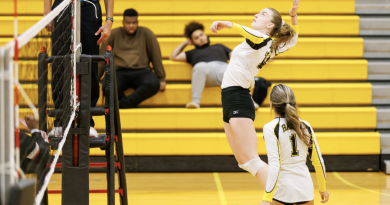 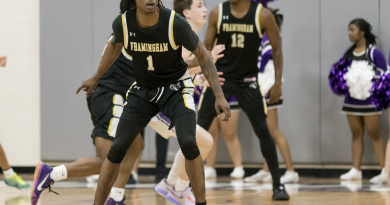