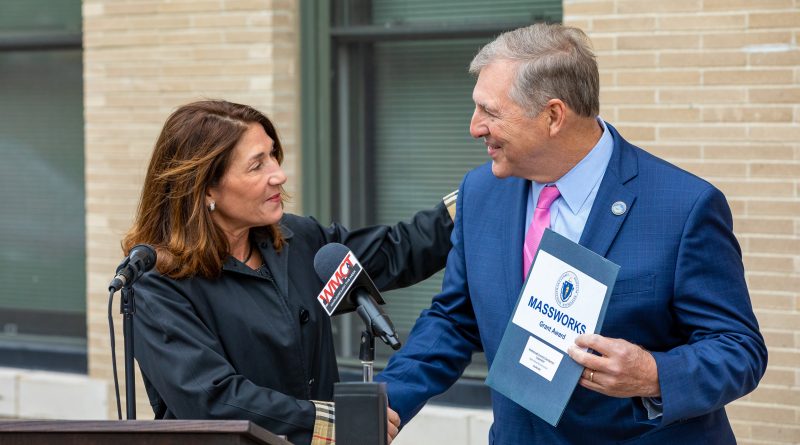 MARLBROUGH – Today, October 28, Lt. Governor Karyn Polito was joined by Marlborough Mayor Arthur Vigeant and Senator Jamie Eldridge to announce a $3 million MassWorks Infrastructure grant through the Community One Stop for Growth that will result in sidewalk, roadway, and other public realm improvements along Main Street in the downtown area.

These improvements will support three fully permitted mixed-use projects totaling tens of millions of dollars in private investment that will result in 180 new housing units, over 5,000 square feet of new street-level retail space, and several hundred construction jobs during the build out.

“MassWorks and the programs accessed through One Stop support local infrastructure projects that spur housing, workforce development, and private investment,” said Governor Charlie Baker.  “We appreciate the partnership with the Legislature and local leaders to make these investments possible and look forward to our continued collaboration.”

efforts towards revitalizing downtown all while further connecting the Rail Trail with the downtown area.  I would like to thank the Baker-Polito Administration for their partnership on this project and the 2019 Lincoln Street project as well.  When local and state government work together, everybody wins.”

“Congratulations to Marlborough for taking advantage of the One Stop program, which resulted in this grant for key upgrades that support tens of millions of dollars in private investment,” said Lt. Governor Karyn Polito. “In just its first year, the One Stop program has made it possible for communities to access multiple funding programs at once that puts the economic and community development goals for more cities and towns within reach.”

The public infrastructure improvements funded through this MassWorks grant to the Marlborough Economic Development Corporation include conversion of an approximately 500 foot segment of Main Street to a raised shared-use plaza, reconstruction of the existing traffic signal at Main Street and Bolton Street, improvements to the existing park at the intersection of Prospect Street and Main Street to serve as the trail head for the newly extended Assabet River Rail Trail, pavement mill and overlay, sidewalk reconstruction, new ADA-compliant wheelchair ramps, decorative pavement treatments, and landscape plantings, lighting enhancements and signage.

The three private developments that will benefit from the project are located at 57 Main Street, 28 South Bolton Street, and 163-157 Main Street.

“We created the One Stop as a direct result of engaging with communities, large and small, across the Commonwealth, who told us we needed a new process that was easier to navigate, simpler to access, and all in one place,” said Housing and Economic Development Secretary Mike Kennealy.  “While the first year’s results show tremendous promise, the demand for our programs demonstrate we can do more, and the One Stop offers an opportunity to ensure valuable program funds can be directed more effectively, to more communities, in less time.”

“We are very excited to be receiving a MassWorks award again this year,” said Mayor Arthur Vigeant.  This one is particularly exciting because it allows us to extend and expand upon our efforts towards revitalizing downtown all while further connecting the Rail Trail with the downtown area.  I would like to thank the Baker-Polito Administration for their partnership on this project and the 2019 Lincoln Street project as well.  When local and state government work together, everybody wins.”

“I am grateful to the Baker-Polito Administration for the $3 million MassWorks infrastructure grant to the city of Marlborough this week,” said Senator Jamie Eldridge. “I want to praise Mayor Vigeant and the Marlborough City Council for their continued commitment to making road, sidewalk and park improvements to Marlborough, and I was pleased to advocate for this state funding with Representatives Danielle Gregoire and Carmine Gentile. This MassWorks grant provides a unique opportunity to make downtown Marlborough a more welcoming environment for expanded housing, small businesses, and Marlborough residents to have a place to meet, exchange ideas, and strengthen their community as a whole.”

“This funding is critical towards ensuring the further development of our community,” said Representative Danielle Gregoire. “This project will secure hundreds of jobs, create both residential and retail space and ensure safe and accessible walkways and roadways, allowing all of our residents the ability to enjoy our City.”

“This MassWorks Grant by the Baker-Polito Administration is a great example of public/private partnerships.  The 180 new housing units and additional retail space connected to Main Street by this new infrastructure will provide homes and neighborhood shopping for many who already work in the city.” said Representative Carmine Gentile.  “Walking the neighborhood with Mayor Vigeant, the Lt. Governor, and fellow legislators a few weeks ago, we all sensed the impending birth of a new neighborhood that years of planning and teamwork are bringing to fruition.”

Marlborough’s award is part of this year’s round of MassWorks Infrastructure Program Grants announced this week.

This year, the Baker-Polito Administration is awarding 56 grants from the infrastructure program – the largest number of awards in a single year in six years – totaling $66.5 million to 50 communities.

Among this year’s MassWorks projects, 29 are reactivating underutilized sites, 27 are supporting transit-oriented developments, 29 have a mixed-use component.  Additionally, 14 communities are receiving their first ever MassWorks award.

Including this year’s round, the Baker-Polito Administration has awarded 326 MassWorks grants to 181 communities, investing over $608 million in public infrastructure projects throughout the state. These grants have directly supported the creation of 21,000 new housing units, tens of thousands of construction and new permanent jobs, while also leveraging over $13 billion in private investment.

MassWorks is a competitive program that offers cities and towns flexible capital funding to support and accelerate housing production and job growth.

It is the largest program in Community One Stop for Growth, the platform that was launched in January 2021, and replaced multiple application processes for separate grant programs that support local economic development initiatives with a single application portal that includes a streamlined, collaborative review process.

Learn more about the programs that are part of the Community One Stop for Growth application process. 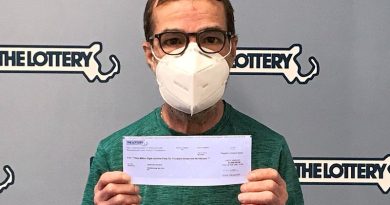 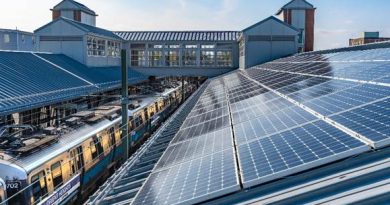