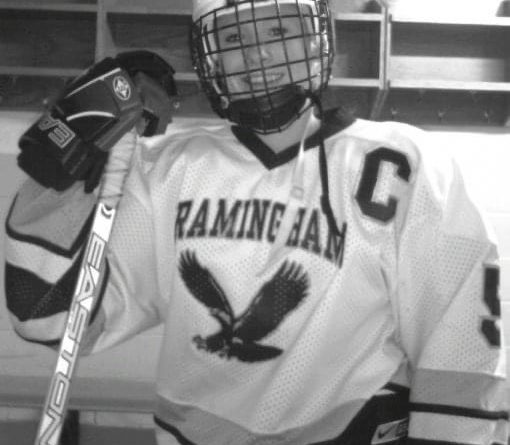 FRAMINGHAM – Katie Cox was a force on the ice when she played for Framingham High. The Framingham High hockey captain and Class of 2001 star player racked up 306 points in her career. She still hold several Framingham High records including most goals scored in a game – 10, although she is still annoyed the Flyers lost that game.

But about a week ago, she was in a hospital in Tennessee battling to stay alive.

Pregnant with her fourth child, Katie Cox-Thomas learned the baby stopped growing at 6 weeks, and had to have emergency surgery at 11 weeks pregnant.

“I had to have an emergency hysterectomy or lose my life because they couldn’t stop the bleeding,” said Cox-Thomas. “I lost more than half my blood and am still working on rebuilding my T cells and quantity. I had 6 blood transfusions.”

Cox-Thomas said she was rushed to the ER with temperature of 104.8.

“The baby implanted on a c-scar and erupted my uterus so I slowly got a full body septic blood infection,” she explained. She said the infection was seeping into her blood for about four weeks.

“They had to peel my bladder off of my uterus which essentially is what saved my life,” said Cox-Thomas.

She said it took 2 surgeons and robotics “to get it under control.”

“As soon as they peeled the bladder back my surgeons said blood just shot across the room,” said Cox-Thomas. “A simple 15-minute D&C turned into hours of fighting for my life on the table.”

Cox-Thomas was fighting to be with her family – husband Leon and their 3 girls Phoenix, Colby and Blake.

Cox-Thomas said the week prior to this craziness, she was given two rounds of a drug called Misoprotol to try and get the pregnancy to pass.

“The surgeon said, if it had worked I wouldn’t be here today and was rushed to the hospital just in time with the blood infection,” said Cox-Thomas.

“It was definitely touch and go for a while,” she said.

The surgeons who spoke with her parents and husband told them “it doesn’t look good and the only way we can try and save her life is to die a emergency hysterectomy.”

“I definitely have a guardian angel baby,” said Cox-Thomas. “I’m sorry I couldn’t save you but thank you for saving me for my girls, for my husband and for my family! So unfortunately, no more for us which is hurting my heart so much and the loss but I’ll hug my 3 girls a little tighter each day and night and thank God for letting me still be here for them!”

Cox said she is “very slowly getting stronger.”

“Anyone who knows me knows I can’t not do anything so it’s tough to remind myself to chill out and rest a lot,” said Cox-Thomas. “I’m still tired a lot and am trying to deal with the physical situation before I let what really just happen seep into my emotions.”

There is a fundraiser to help the family, as she recovers. Click here to donate.

Cox-Thomas was released from the hospital after being there a week.

She said she has another 8 weeks to go for her recovery period.

Cox-Thomas hopes to be back on the ice when she is completely recovered.

“I am still playing hockey here in Knoxville and we are 3-repeat champions. My men’s team is definitely missing their #1 player but for right now I’m need this time to heel and be with my family. I will return to the ice though,” said Cox-Thomas to SOURCE.

“Taking after their mother, Phoenix and Colby are part of the Jr Predators ice hockey program,” added Cox-Thomas. 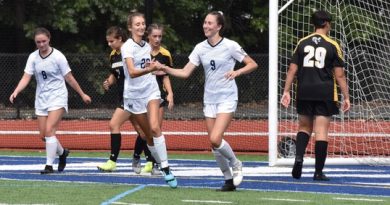 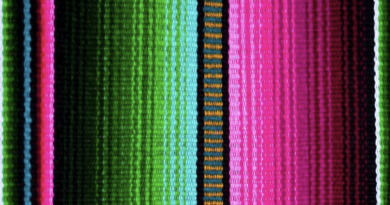