NEW HAMPSHIRE – A Framingham man was flown to a Boston hospital after crashing an off-road vehicle Saturday afternoon in Berlin, New Hampshire

Injured was Greg Cunningham, 23, of Framingham who rented the utility track vehicle  from Northeast ATV and Snowmobile Rentals in Gorham, New Hampshire.

According to New Hampshire Fish and Game, the man’s girlfriend said the right vehicle’s tire hit a big rock. The vehicle rolled over and the man’s arm was pinned under the vehicle.

Fish & Game said the operator’s inexperience and tracking conditions combined to cause the accident, and he doesn’t believe drugs or alcohol were factors.

After the crash, other riders helped flip the machine and assist Cunningham before first responders arrived. 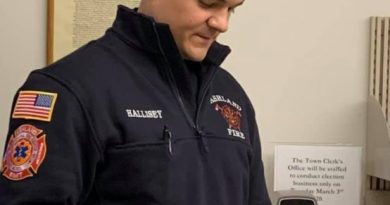