In full transparency, the following is a press release from Senate President Karen Spilka’s office to SOURCE media.

The bill would also enact same-day voter registration, increase ballot access for service members serving overseas, and make a series of other improvements to the Commonwealth’s election administration process.

“I am incredibly proud of the Senate’s work on the VOTES Act, which will not only protect but expand voting access in the Commonwealth,” said Senate President Karen E. Spilka (D-Ashland). “The provisions contained within this bill, including same-day voter registration, early voting, and permanent vote-by-mail will make it much easier to vote in Massachusetts—which is especially important for those individuals and communities that have struggled to vote or who have been disenfranchised in the past. I am excited to see this bill signed into law so that all of our citizens will have expanded access to voting, our most sacred right as Americans. I’d like to thank Senate Majority Leader Creem, Senate Ways and Means Chair Rodrigues, Election Laws Committee Chair Finegold and all of the voting rights advocates for their incredible work on this bill.”

The VOTES Act now advances on to the Massachusetts House of Representatives for further consideration.

“Our democracy works best when we empower all eligible citizens to vote,” said Senate Majority Leader Cindy Creem (D. Newton). “The VOTES Act makes it easier than ever for Massachusetts residents to register and cast a ballot, while also ensuring that we maintain an efficient and secure election process. During a moment when voting rights are under threat across the country, I’m proud that the Senate has voted to expand access to the ballot box.”

“After thoughtful debate on the floor of the Senate, I am thrilled that we have passed this landmark legislation to make voting more accessible than ever for all citizens of Massachusetts,” said Senator Michael J. Rodrigues (D-Westport), Chair of the Senate Committee on Ways & Means. “I am proud of the collective effort of this body to improve the bill through the amendment process to ensure safe and secure access to the ballot box. Thank you to Senate President Spilka for her continued leadership, Senators Creem and Finegold for their persistent advocacy and commitment to this issue, and to all my Senate colleagues for engaging in a process that has further strengthened the right to vote in the Commonwealth.”

“This landmark election reform bill will empower voters and strengthen our democracy,” said Senator Barry Finegold (D – Andover), Senate Chair of the Joint Committee on Election Laws. “People have fought and died for the right to vote. Such a hard-earned right is sacred, and we must protect it. It is now time to build on the progress we have already made and enact long-lasting voting reforms. The Senate’s proposed legislation will move our election system into the modern era and help make sure that every voter can exercise their fundamental right to vote. The votes and the voices of the people of Massachusetts matter. Let’s make them heard.”

Responding to trends in voting and building off previous actions taken by the Legislature, the VOTES Act contains the following key provisions:

Permanent No-Excuse Mail-In Voting
• The bill would require the Secretary of the Commonwealth to send out mail-in ballot applications to all registered voters on July 15 of every even-numbered year; the Secretary of the Commonwealth would have the option to include these applications as part of mailings already required to be sent by the Secretary.
• As in 2020, postage would be guaranteed for mail-in ballot applications and ballots.
• As in 2020, mail-in ballots would be accepted for a biennial state election if mailed on or by election day and received by 5PM on the third day after the election.
Additional Flexibility For Local Officials
• The bill would give municipalities the option to set up secure drop boxes for mail-in ballots.
• The bill would allow election officials to pre-process mail-in and early voting ballots in advance of Election Day.
• The bill would give municipalities discretion as to the use of a check-out list at a polling location.
Accommodations For People With Disabilities
• The bill would allow a voter with disabilities to request accommodations from the Secretary of the Commonwealth to vote by mail for state elections.
• Accommodations would include: electronic and accessible instructions, ballot application, ballot, and a voter affidavit that can be submitted electronically.

Jail-Based Voting Reforms
• The bill would help ensure that individuals who are incarcerated who are currently eligible to vote are provided with voting information and materials to exercise their right to vote in every state primary and election.
• The bill would require correctional facilities to display and distribute information about voting
rights and procedures, as prepared by the Secretary of the Commonwealth.
• The bill would require facilities to assist individuals who are incarcerated in registering, applying for and returning mail ballots.
• Through inclusion of an amendment, the bill would ensure that individuals who are incarcerated are properly notified of their right to vote upon release and given the opportunity fill out a voter registration form
Joining the Electronic Registration Information Center (ERIC)
• The bill would require the Secretary of the Commonwealth to enter into an agreement with ERIC no later than July 1, 2022.
• Thirty other states have already joined ERIC, which helps states keep more accurate voting rolls. The Senate also unanimously approved an amendment to the VOTES Act targeting vote-by-mail ballot access by U.S. service members residing overseas and allowing for them to cast their vote electronically.

The bill, through inclusion of an amendment, would also instruct the Secretary of State to conduct a comprehensive public awareness campaign to highlight the new voting and registration options. 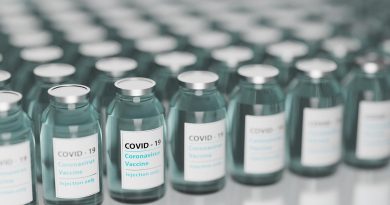