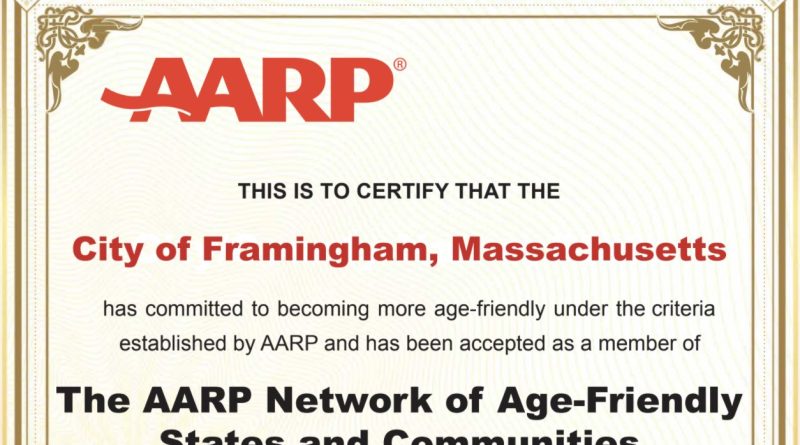 FRAMINGHAM – Last month, the City of Framingham applied to be a part of AARP’s Age-Friendly Network.

The Commonwealth of Massachusetts has already been designated an age-friendly state.

Members of the network commit to adopting specific benchmarks for better housing, transportation and social and educational opportunities for residents to be active participants in their communities, according to AARP.

According to the latest census data, 15.7% of the residents in the City of Framingham are age 65 or older.

“The City of Framingham believes that age-friendly designation is an important declaration and
affirmation of our investment towards making our community a place where older adults can
age with comfort and dignity,” wrote the City in its application to AARP.

“I think it is great that we did this.  I was not aware of this initiative or what it grew out of, but it is good news for our seniors.  I hope we can hear more about it and the benefits it brings us,” said City Council Chair George P. King. Jr.

“In recent years, Framingham has seen a rapidly growing older adult population including a 40% increase in 60-84-year olds since the year 2000, outpacing trends in growth at the regional, state and country level. The City of Framingham recognized the challenge of equitably providing services and care to its expanding aging population; and to respond to this emerging need, in 2018 the Framingham Public Health Department applied for grant funding to support the upstart of a health aging collaborative. Joined by critical community partners who had been vocalizing concerns about the increasing number of older adult residents with unmanaged chronic conditions, difficulties with housing and signs of dementia, Framingham’s Age & Dementia Friendly Coalition was established,” wrote the City of Framingham in its application to AARP.

“The first action of the coalition was developing and disseminating a community wide
assessment to hear directly from older adult residents to understand the issues related to
growing older in Framingham. The survey along with subsequent focus groups established
baseline data. The coalition is now ready to use this data to form subcommittees to work on
creating sustainable and inclusive action plans to address the identified needs and gaps within
the community,” wrote the City of Framingham in its September 2021 application. “The City of Framingham feels that partnering with the AARP Age Friendly Communities and our
established community partners will enhance our efforts to address the many needs of the
aging population in Framingham. We recognize the valuable support and resources offered
through the network and look forward to working with other communities on advancing age-friendly initiatives.”

AARP Asked the City of Framingham “how will older adults be involved in the community’s efforts to become more age-friendly?”

“As we move forward to the strategic planning and implementation process, the coalition has
already begun developing an engagement plan to meaningfully incorporate older adults into
the next phase of work; ensuring the centering of their voices with emphasis on equitable
representation of marginalized groups. Older adults will be empowered to inform, advocate
and speak to their needs within the community, advising on proposed initiatives and providing
feedback on strategy implementation and effectiveness. It is our intention to lift up the voices
of the aging population in Framingham, our largest and fastest growing population. This will
allow for sustainable, inclusive changes throughout the City that will benefit people from all
ages and demographics,” wrote the City of Framingham to AARP.

The City of Framingham told AARP “From its inception, Framingham’s Age and Dementia Friendly Coalition has been grounded and driven by the input from its older adult residents. Framingham is a richly diverse community and our engagement efforts to date have included extensive outreach to older adults spanning racial, ethnic and socioeconomic spectrums. In 2018 and 2019 the Age and Dementia Friendly Coalition conducted a community needs assessment using the 8 Domains of Livability Framework which included a survey and focus groups interviews with older adults in Framingham to learn about issues impacting the livability of the community. This needs assessment was administered in 4 languages – English, Spanish, Portuguese and Mandarin. The survey was completed by over 550 residents, and 8 focus groups were facilitated with over 100 participants. Issues related to transportation, housing and general health and wellness emerged as the top concerns. Findings from this assessment have pinpointed key needs impacting the ability for seniors to age in place, charting a clear path for solutions-driven next steps.”

The City of Framingham has yet to announce the designation as an age-friendly community. 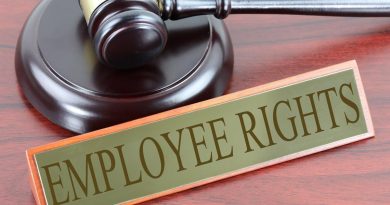