In full transparency, this is a press release from the U.S. Department of Justice. No booking photo was available.

Matthew Alden, 27, was sentenced by U.S. District Court Judge Timothy Hillman to 136 months in prison, three years of supervised release and ordered to pay restitution of $14,914. Due to prior convictions, including a 2018 robbery conviction, Alden was sentenced as a career offender. In December 2020, Alden pleaded guilty to three counts of bank robbery.

On Dec. 12, 2019, Alden robbed the Cornerstone Bank on South Main Street in Leicester, stealing $9,906 and fleeing the scene.

On Dec. 27, 2019, Alden robbed the Avidia Savings Bank on Maple Street in Marlborough, stealing $3,980 before fleeing the scene.

A few hours later, a gas station surveillance camera caught Alden purchasing items inside of the gas station. In addition, video surveillance from a nearby location depicted Alden near the vicinity of the bank the day before, looking at video cameras.

Alden was arrested on Feb. 26, 2020. A search of Alden’s phone revealed photos of Alden wearing clothing that was worn during the robberies as well as multiple photos of quantities of cash. For example, on Dec. 12, 2020, the same day as the Leicester bank robbery, Alden took a photo inside of his vehicle holding a large sum of cash. Metadata showed that the photo was taken approximately 14 minutes after the robbery occurred. In addition, the defendant wrote himself notes on his phone, including the address of the Shrewsbury bank and reminders to throw away clothing at the Salvation Army. Evidence confirmed that Alden went to the Salvation Army in January 2020 and a consignment store after the Shrewsbury robbery. At the time of his arrest, Alden was holding a notepad, with a list of 12 banks in Massachusetts and New Hampshire that he had not yet robbed, along with notes such as, “TD open until 7 on Friday check to see rear.” A search of Alden’s house recovered, among other items, several articles of clothing identical to those worn during the robberies. 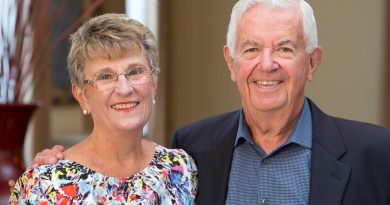 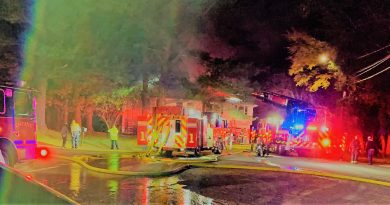