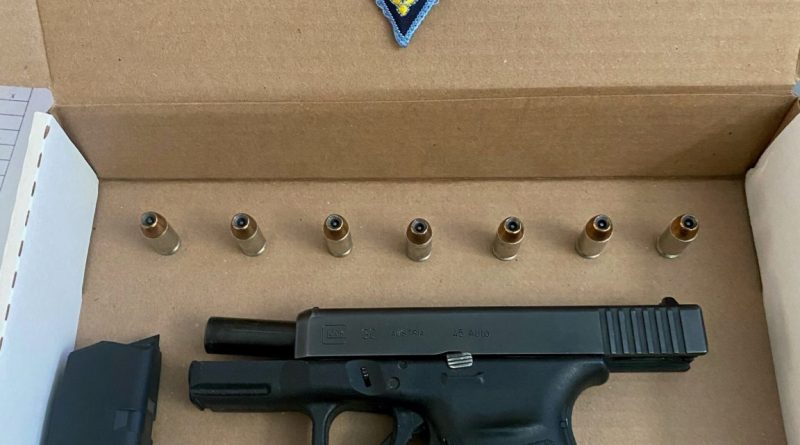 FRAMINGHAM – Mass State Police arrested a New York Man on weapons charges on Tuesday, September 14, after first spotting him speeding more than 100 miles per hour on the Mass Pike in Framingham.

Shortly after 12:30 p.m. on Tuesday, Sept. 14, Trooper Jeff Lang, assigned to the State Police-Weston Barracks, was patrolling Route 90 in Framingham when he observed a white Mercedes-Benz sedan speeding and weaving between all three lanes of traffic.

As Trooper Lang attempted to catch up to the Mercedes, it accelerated to more than 100 miles per hour and drove erratically in an attempt to evade him.

The Mercedes suddenly cut across multiple lanes of traffic to exit Route 90 in Framingham toward Route 30 westbound.

As Trooper Lang followed the Mercedes, it could no longer weave through the heavy traffic on Route 30 and took its first right turn onto the Leggatt McCall Connector.

When safe to do so, Trooper Lang attempted to conduct a traffic stop.

When Trooper Lang turned on his blue lights the Mercedes slowed, but continued to roll for approximately 20 seconds. Upon stopping, Trooper Lang made contact with the operator, Trevor McDonald, 23, of Holbrook N.Y.

Trooper Lang immediately noticed a small black bag at McDonald’s feet. McDonald surreptitiously attempted to use his foot to stuff the black bag under his seat. Trooper Lang had McDonald exit the car and discovered through questioning that there were illegal items contained in the black bag.

Trooper Lang attempted to place McDonald into handcuffs, but the suspect initially refused. After Trooper Lang explained the situation and his reasons, McDonald complied and was cuffed.

Within the bag, Trooper Lang found a Glock .45 caliber handgun with a round in the chamber and six rounds in the magazine. McDonald does not possess a license to carry a firearm.

McDonald was placed under arrest and then transported to the Weston Barracks to be booked, photographed, and fingerprinted.

He was scheduled to appear in Framingham District Court on the following charges: 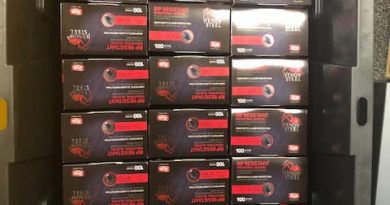